Kriti Sanon And Kartik Aaryan Have Stopped Talking To Each Other 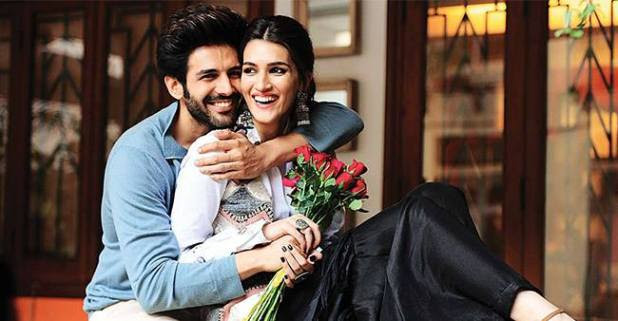 Luka Chuppi stars Kartik Aaryan and Kriti Sanon have tasted the success of their film as the film loved both by audience and critics. The film collected over Rs 95 crore at the box-office and listed under a big hit of the year. In the film, the chemistry of Kartik and Kriti too worked great and fans loved them too. Also, the actors rocked the promotional spree of the film.

Everything was going great until the rumours are started making the headlines that the actors are at loggerheads with each other and they have stopped talking to each other.

Says a source, “Kriti and some of the people around her were of the opinion that Kartik was trying to hijack the success of the movie. They felt that the actor was making it seem like he was the sole contributor to the success and that others like the director (Laxman Utekar) and leading lady (Kriti) were significantly unimportant to the process.”

Added the source: “What started as niggling unhappiness soon took the form of extended silence. It’s been conjectured that Kriti did her own damage control by getting herself covered in the media because she had a parallel role to Kartik in the film. And, as such, she should also get equal credit.” Things are not going good between the two for sure.

When media asked Kriti about the same, the actress said, “This business of overlooking the leading lady has been going on for a while and it’s so unfair. I am glad this conversation is finally happening.”

She further added, “It’s logical to talk about only the male protagonist when the leading lady doesn’t have a lot to do, but when they are both carrying a film on their shoulders, the credit should be equally shared. Everybody deserves a mention.”

On the work front, Kartik Aaryan is currently busy in shooting with debutante actress Sara Ali Khan for Imtiaz Ali’s next which is said to be the sequel of Love AajKal. On the other hand, Kriti will also get busy soon for the promotions of her upcoming film, Housefull 3, which also stars Akshay Kumar and Bobby Deol, begins promotions.