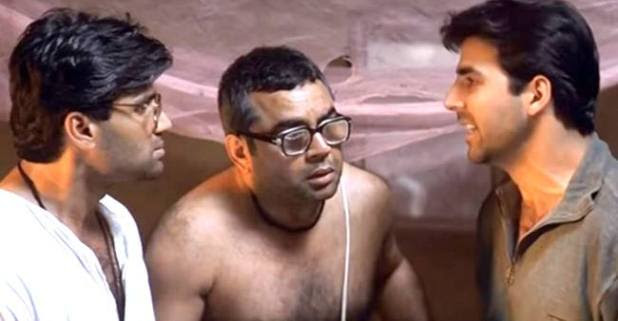 Fans of Raju, Baburao Apte and Shyam are eagerly waiting to see them on screen and Akshay Kumar, Paresh Rawal and Suniel Shetty are all set to enthrall the audience once again. The makers are ready with the third installment of the franchise. Says a source, the story in a the film will take a time leap. The significant factor of the film will see the actors portraying their real age in the film.

Reveals a source to a tabloid, “It takes off from from where Phir Hera Pheri ended, but fast-forwards into the present. The trip is desperate again but in a completely different scenario.”

Meanwhile, the maker of the film Priyadarshan while talking to a tabloid revealed that he is currently busy with a different project and will take up Hera Pheri 3 only once the current project is wrapped up, “I am currently busy with my Malayalam film, Marakkar: The Lion of Arabian Sea. It is a huge film and I will only think about Hera Pheri after this one is out of my system. Nothing is concrete as yet,” Priyadarshan said. 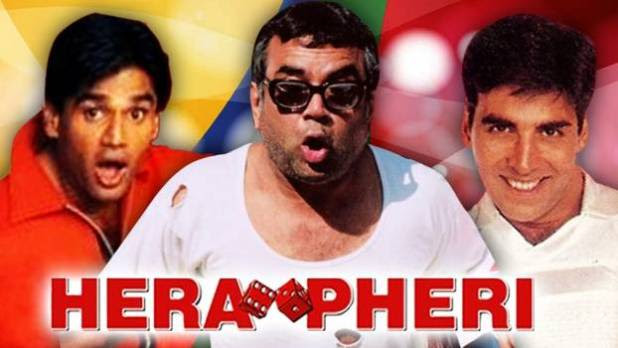 The basic premise of the film was written by late filmmaker Neeraj Vora. Now, Priyadarshan and his team will convert it into a screenplay of the film. Added the source that all three Bollywood stars are excited to reunite for third installment of the film. But, the actors don’t just want to milk the brand, but they are waiting for a compelling narration from the maker.

On the other hand, currently Akshay Kumar is busy with several project. His upcoming releases are Good News with Kareena Kapoor which will release on September 6, then his multi-starrer Housefull 4 will release in Diwali this year. Then, Kumar will be seen in Rohit Shetty’s next film Sooryavanshi which is said to be a sequel to Singham. So, it seems thatthe fans will have to wait more to watch the third installment of the film.