Sridevi is one of the renowned actresses of Bollywood. The diva gained lots of success in her long filmy career with delivering a series of hits and working with well-known writers, directors, producers and actors. Sridevi must be living a lavish lifestyle but her childhood was filled with lots of difficulties. She had to go through a lot of things before she acquired the star status.

She started working at a very small age and also achieved lots of success. Though Sridevi achieved a lot of success but she couldn’t enjoy her childhood.

She stepped in Bollywood with Solva Sawan and then there was no looking back. She gave a number of hits like Himmatwala, Sadma, many more.

After doing some films in South, Sridevi decided to move to Mumbai. This did not go well with her family. Her step-brothers clearly refused her to do so and also were completely against it. But Sridevi was adamant and decided to go against them. However, her family later agreed on one condition that Sridevi’s mom Rajeshwari will also stay with her in Mumbai. 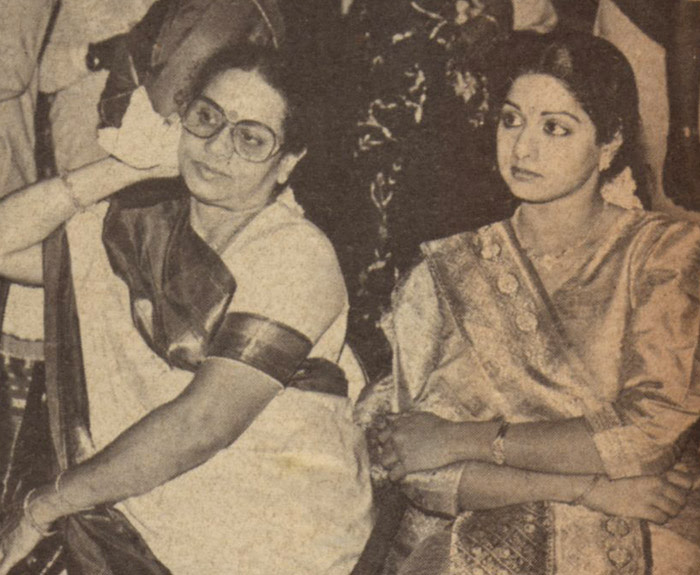 Sridevi’s brothers were behind the properties and they thought that if she leaves Chennai then they won’t get anything from the property. They used Rajeshwari to keep her in control. However, Sridevi used to often visit Chennai even after establishing herself in Mumbai.

Once, Sridevi’s family kept her on house-arrest and forcibly told her to transfer all the property to their name. The actress somehow escaped from the situation with given them some legal tussle and came back to Mumbai.

Sridevi was living alone in Mumbai so whenever she used to feel lonely, she used to often visit Boney Kapoor’s house. The duo met through Mithun Chakraborty. Boney used to handle Mithun’s work in those days. Meanwhile, Sridevi and Mithun fell in love and started romancing.

Boney’s wife Mona Kapoor had no issues with Sridevi and she had even tied a rakhi to Boney to assured Mona that nothing is brewing between them. 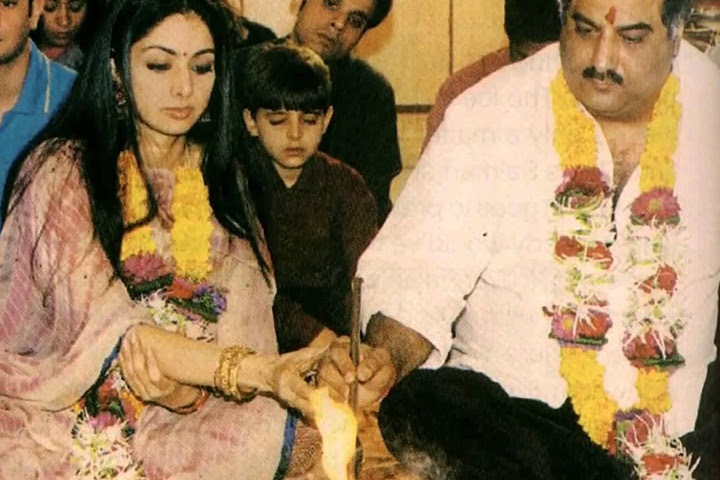 Sri’s brother had taken a huge debt with the assurance of their mother Rajeshwari and she burdened Sridevi to pay off the debts. Sridevi took a loan from Boney to pay off the debts. Boney happily helped her and became a nice man in front of Sridevi’s mom. Amidst all this Sridevi’s mom got ill and she was taken abroad for the treatment where Boney also accompanied her. Well, Sri’s mother couldn’t survive. However, Sridevi and Boney’s relationship completely changed after they returned from London. She was pregnant with Boney’s child before marriage. 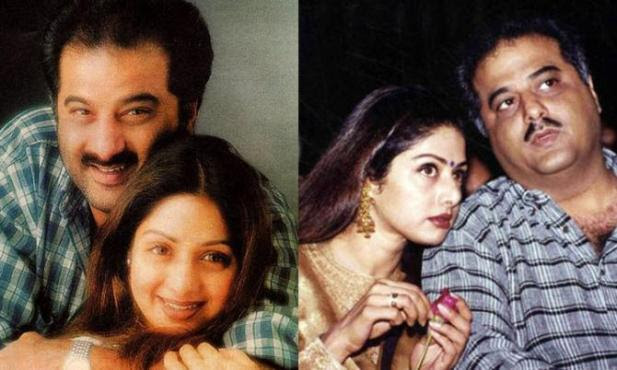 At last, Boney divorced his first wife Mona leaving back his two children Arjun and Anshula and went on to marry Sridevi. The couple is happily married and blessed with two daughters Janhvi and Khushi.

Published by Harmisha Chauhan on 10 Feb 2018