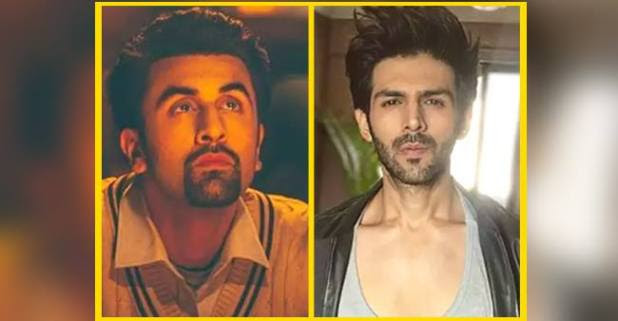 When Imtiaz Ali decided to make remake of his successful film Love AajKal, he cast Sara Ali Khan and Kartik Aaryan in the film. Since, then the couple is creating headlines every day. Also, they have started shooting for the film and wrapped up its first schedule. Their pictures from the set and the pictures the actors post are making the audience eager to watch them together on silver screen. In the latest video, they appeared in a never seen before look.

The actor is currently busy in shooting for the film in Udaipur and in the video, he was seen sporting a french beard and he is looking really good. People on the set failed to hide his look and the video has revealed it all. Also, his look is drawing similarity from Ranbir Kapoor. For all who is still thinking from Ranbir’s which look, Kartik draws similarity, then few years ago Ranbir had sported a French beard for Imtiaz’s film Tamasha.

For the earlier schedule of the film, he was seen in boy-next-door avatar, while in this video he is seen in a more matured look. This is not the first time when Imtiaz Ali bring different avatar for his character for the film.

Thank you for giving me my best weekend

I tried to do something new post #Sonu and the amount of love that has been showered upon the film and Guddu is unreal… Thank you for accepting #Guddu ❤
Keep watching #LukaChuppi Saparivaar 🤫 pic.twitter.com/3QujpVKOTm

Kartik was last appeared in Luka Chuppi alongside Kriti Sanon and the film proved successful at the box office. After film’s success, he took to social media to thank fans, “Thank you for giving me my best weekend #Sold Out I tried to do something new post #Sonu and the amount of love that has been showered upon the film and Guddu is unreal… Thank you for accepting #Guddu Keep watching #LukaChuppiSaparivaar.”

However, Aaryan lauded for bringing the audience to the theatres, to this Kriti had said, “This business of overlooking the leading lady has been going on for a while and it’s so unfair. I am glad this conversation is finally happening.”

“It’s logical to talk about only the male protagonist when the leading lady doesn’t have a lot to do, but when they are both carrying a film on their shoulders, the credit should be equally shared. Everybody deserves a mention,” she added.