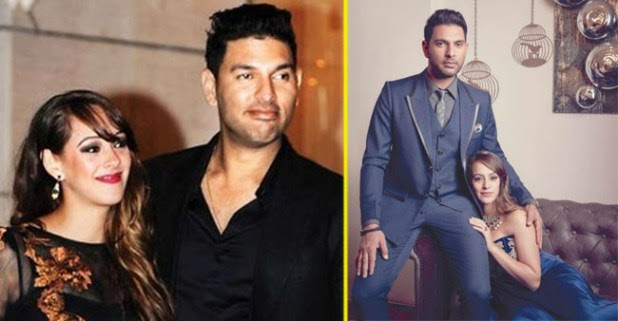 Yuvraj Singh is one of the most popular and highly competitive players in the Indian Cricket team. We often witness Yuvraj making headlines for his affairs from his professional as well as personal life. The player went on a date with several actresses. After making several attempts, Yuvraj could make Hazel Keech look at him. Yuvraj married Hazel Khan in the year 2016. It’s been more than 3 years since the couple tied a knot with one another.

In recent times, the couple disclosed their relationship. They shared their memorable moments with the public through the show. Yuvraj said that he once looked at her, liked her and craved to meet her. On the other hand, Hazel was not at all interested in Yuvraj. She didn’t even search about Yuvraj on Google or other social media platforms. At first, Yuvraj sent her friend request on Facebook. Yuvraj waited for more than 3 years to convince her for the first meeting.

Whenever Yuvraj invited her for a date, Keech often turned off her mobile phone on that specific day and doesn’t show up. Yuvraj faced the same situation a plethora of times in the period of 3 years. Later, Hazel understood his patience and met him. For the family members of Hazel, Yuvraj is considered a popular cricket star. But, Hazel doesn’t show her interest in cricket.

After meeting him once, they didn’t even look back. They have enhanced their rapport between each other soon after their meeting. After dating for a couple of years, they finally decided to marry. Now, the couple is enjoying their married life. When Yuvraj proposed Hazel in a romantic moment, she accepted his proposal and they got united. As of now, Yuvraj is taking part in the IPL 2019.