Seeing Her Student As A Pilot After 30 Years, A Teacher Got Emotional 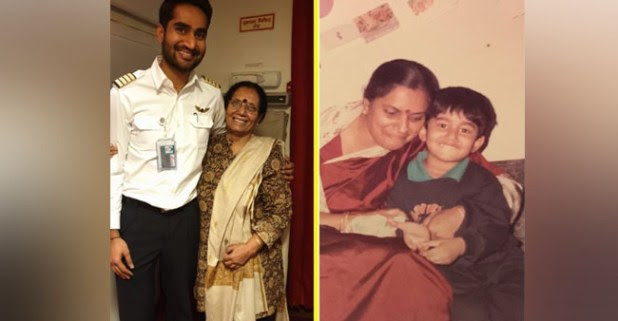 What will be the feeling of a teacher if he meets his student after 30 years! One can only imagine this scenario. However, the same happened with Sudha Satyan, a playschool teacher.  Her student turned up into a pilot after 30 years and introduced himself as ‘Captain Ronan Bhasin’ to her. 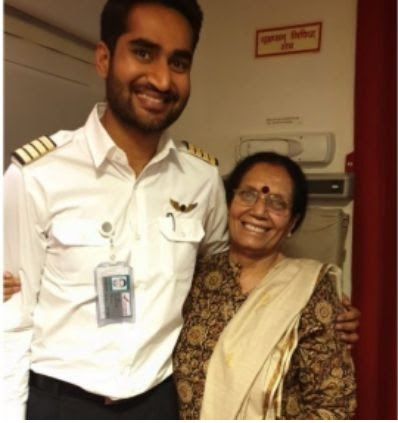 Sudha who runs her playschool in Mumbai found her student as an Air India pilot. Sudha’s husband is an engineer in AI.

Ronan’s mother, Nivedita Bhasin is also serving as a pilot in Air India and she posted a photo collage of her son and his playschool teacher.

With picture, she wrote, ‘During playschool admission, the teacher asked my son his name. Nonchalantly he answered, “Capt Rohan Bhasin”. And he was just 3. And today, the same teacher was enroute to Chicago.  And he was indeed the Captain.’

The little boy of just 3 years introduced himself as a pilot back then. At that time no one knew that he would be a pilot one day.

During Playschool admission, the teacher asked my son his name.

Nonchalantly he answered, “Capt Rohan Bhasin”.
And he was just 3.

And today, the same teacher was enroute to Chicago.
And he was indeed the Captain. 🤗 Indeed a very emotional and lovely reunion of a teacher and a student after 30 years. A teacher can understand what a teacher(Sudha) must be feeling seeing her student in the same uniform in which he wanted to be in.This reunion will literally give goosebumps to everyone. This is truly amazing moments to see a relation between teacher and student after years again and a very proud moment for the teacher to see her student in a very respective place.

Seeing the post shared by pilot’s mother Nivedita Bhasin, many reply by teachers came and they shared their feelings seeing this reunion.