Savitribai Phule birth anniversary special: Know some interesting facts about her who was the first lady teacher of India 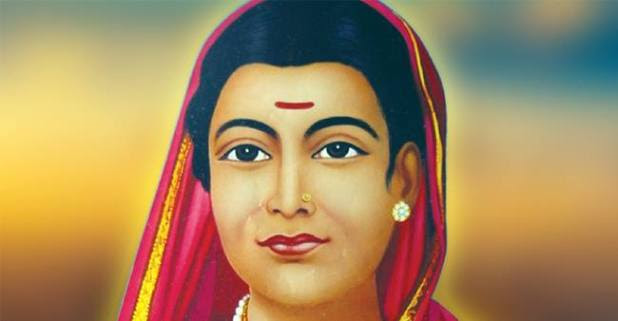 Savitribai Phule, the name is fully known as Savitribai Jyotirao Phule, was a lady who brought a great revolution for the women in India. The lady was a social reformer, poet and educationalist who did huge welfare for women. Savitri was born on 3rd January in 1831 and since then has become an eminent character who stood for women for their rights and equality in the society.

On her birth anniversary, we have got interesting facts about this historical women.

1. She was born in Naigoan, in Satara district, Maharastra in a farmer’s family. The lady was married in a very small age of 9 with Jyotiraj Phule who was merely 12 years old at the time in 1940.

2. The couple had no children of their own but adopted a child of a Brahmin widow who was named Yashvantrao. She along with son Yashvant started a clinic to treat the pandemic Bubonic plague which was widespread during the time. She used to take the patients to the clinic where her son used to treat them.

4. Savitri and Jyotiraj started a care center which was officially called Balhatya Pratibandhak Griha for the victim women.

5. The social reformer was against social problems like child marriage, domestic violence, and caste discrimination, with the names of Ambedkar and Annabhau, her name is also renowned in the moments for Dalit caste people.

6. Not just social activities, her thoughts, and words were beyond humanity, her books like Kavya Phule and Bavan Kashi Subodh Ratnakar are the perfect examples of her believes.

7. She was highly respected by the state government of Maharastra, the University of Pune was renamed as  Savitribai Phule Pune University in 2015 to honor the great personality of the nation.

India is proud to have such a great woman Savitri Bai Phule who is a great inspiration to many!