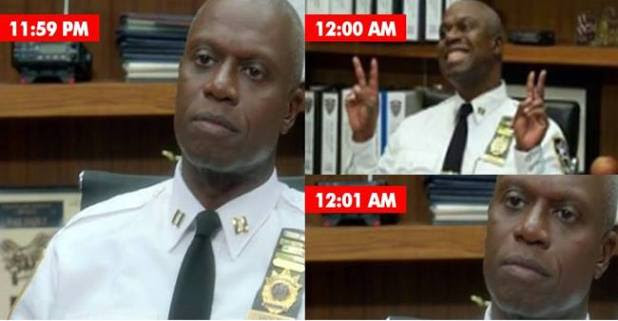 Everyone celebrated the New Year 2019 in their own ways be it going to pubs, party with friends at home or cafe, or alone at home watching Netflix and eating pizza. While some other may have scrolled 2018 in their news feeds on the various social media platforms.

Entering the new year, some people may have new resolutions or may fulfill the old ones or this is just another day/year for many of us.

Well, not exaggerating our Twitter people kept themselves busy by creating memes and jokes and they are totally worth watching. The jokes on 2019 are all about the temporary excitement of people, watching the award shows with families instead of holidaying and partying.

Let’s take a look at the memes that will make you go laugh out loud:

When you skip going to the gym on the first day of the year.

I can finally relate to those new year memes pic.twitter.com/FrJAY2YGX4

I’m up for the challenge. Happy New Year, everyone! pic.twitter.com/iZQpiDilRH

people saying ‘new year, new me’ and claiming they’ll lose the weight they’ve said they’ll lose for the past 5 years in a row pic.twitter.com/GtVFRCVRJx

here’s the new version of this meme

Isn’t that really hilarious? We are sure so many of you can relate to these.