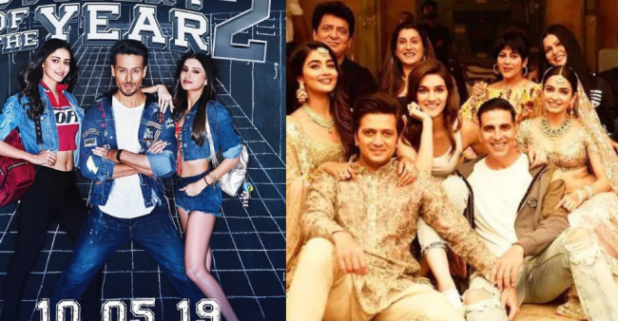 It’s a trend of sequels and Bollywood witnessed a number of sequels in past few years. Some sequels were worth watching and worth being made but some were simply a disaster. But it seems the producers and creative writers are not getting any new ideas for providing fresh content to the viewers hence they do some basic add-on in the scripts and present it to the viewers.

But as I said before, some sequels were really worth but here is a list of 7 sequels which were not necessary to be made.

The comedy franchise came up with 2 sequels after the first part received a good response from the viewers. However, none of the parts were up to the mark as the first part. And now, the makers are all set for the 4th part with a huge star cast.

The first part was a huge hit. Salman Khan as Chulbul Pandey won hearts and so did its sequel which also had the same story. We don’t think the movie needs a third part.

The first part of the film received a good response from the fans. The second part did not fair well. We wonder why the makers made the third part.

SOTY marked the entry of three rising superstars of Bollywood who are ruling Bollywood currently. The movie was fun with an ordinary story. We guess the sequel was not needed, however, it is still being made.

Ek Villain was a huge success at the box-office with Sidharth Malhotra in his baddie avatar. However, we think the film doesn’t need a sequel as it will be of no use.

Akshay Kumar ruled hearts with his heroic style in this flick. From his action to his romance to his dance, everything was awesome. The film’s story ended on a good note and there is no use of making a sequel of it.

The movie was a huge hit among the die-hard Salman Khan fans with some of his dialogues which became a rage among the buffs. The film was a blockbuster and we think every hit film doesn’t need a sequel.

So friends, is there any other film in your mind whose sequel you think shouldn’t be made? If yes, share it in comments.

Published by Harmisha Chauhan on 25 Jan 2019