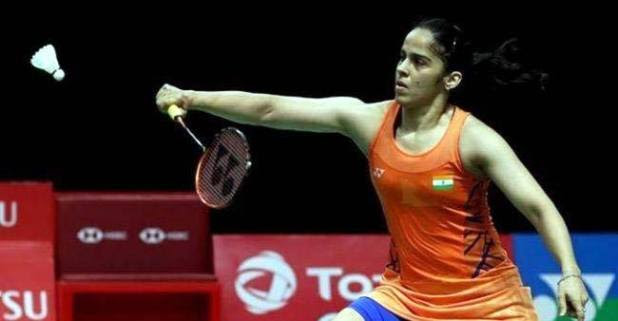 Saina Nehwal, India’s ace player has made another triumph to call her gem of India again. She bagged the title of first Indian woman shuttler to win Indonesia Master’s badminton tournament. She has made a historic day for the nation and presented a proudful victory on 70th Republic Day of India.

Saina was in the finals opposite to Carolina Marin and due to Carolina’s knee injury at the event, Indian shuttler has been announced the winner. But Caroline was playing exceptionally well in the first game leading by 10-4 but later her wound became the barrier.

But Saina reached the first final with not an easy walk. She has won over China’s H Bingjiao on Saturday. Saina was the runner up in the previous year and notched up with an 18-21, 21-12 and 21-18 win over Bingjiao, the Chinese badminton player and world championship bronze medallist.

Saina on one side in their first on and on meeting at the international circuit, created full pressure on the opponent but lagged initially by 0-2 but afterward back with 5-5 with a couple of smashes.

However, Nehwal showcased her sportsmanship when she moved to Marin, who was in pain with her injury.

“I am not very happy the way I got it (title) today. I was very happy that I could reach the final by beating such difficult opponents… But in the final, of course, Carolina had the upper hand in the first game. I wanted to fight more, wanted to see how the match goes on but it was unfortunate to see something like that happen. I feel bad for her.” said Nehwal.

She added further, “It’s not good to see at all. I have been someone who has been getting injured for the last two year and to see something like this happen on the court is very very painful.”