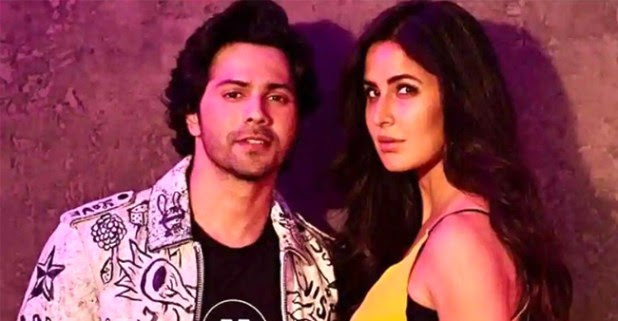 We all got excited when the announcement was made about Katrina Kaif and Varun Dhawan sharing their first 3D dance drama which is going to be directed by Remo D’Souza. Recently, the teaser was shared on Twitter by Varun Dhawan, he wrote, “We Dance to EXPRESS not to IMPRESS. THE BIGGESTDANCEFILM EVER IN 3D is here., 8th November 2019.”

We all know that Varun and Katrina are amazing dancers and it was a great chance for both of them to exhibit their skills extensively. But now there are rumors that Katrina is no more a part of the film.

We Dance to EXPRESS not to IMPRESS. THE #BIGGESTDANCEFILM EVER IN 3D is here,
8th November 2⃣0⃣1⃣9⃣

Earlier, Varun also shared this amazing news on Instagram with a picture and wrote, “IT’S OFFICIAL – Katrina and me are hitting the dance floor and your screens on 8th November 2019. A lot more exciting news coming up. Back with my favorite Remo Sir, I and Lizelle have been trying since Abcd to bring to u guys the biggest dance film and finally, we have an amazing partner and producer Bhushan Kumar to back and so proud of Lizelle whose turning producer on this extravaganza.”

As per a report, “Katrina Kaif had to opt out of Remo D’Souza’s upcoming dance film owing to her hectic schedule the for Bharat. Katrina has always been a thorough professional. She decided to put off the film as her dates were clashing with Bharat, which she is currently shooting for.”

Her recent released movie Zero is running around the corners. And the critics have not been kind about Katrina’s acting, but this time Katrina silenced all of them with such a ravishing performance. The actress just rocked in the movie. It seems that she showcased the feeling when she went through after her breakup with Ranbir Kapoor as her acting in the movie looks real.

Meanwhile, it will be really difficult for Katrina to say no to such an amazing opportunity. But we are waiting or an official statement.