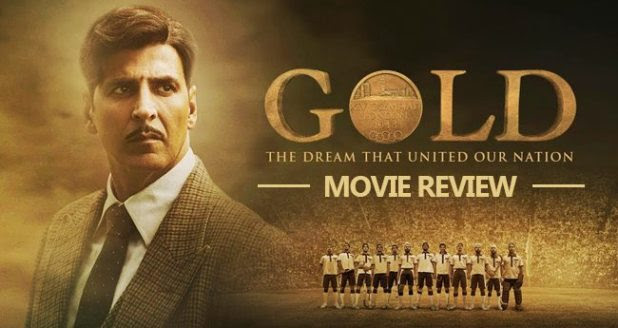 The much awaited film Gold starring Akshay Kumar and Mouni Roy has finally released today. The advanced booking of tickets showed the enthusiasm of the fans. The film is based about the India’s first win at the 1948 Olympics as an Independent India. Akshay Kumar plays Tapan Das who is the manager of first all Indian Hockey team. The film perfectly recreates the historic win of India at 1948 Olympics. It reflects that it was not just a game but their integrity and the free spirit after being suppressed by Britishers for over 200 years. The film begins in the time of 1936 when British ruled India was shining bright and won its third consecutive gold at the Berlin Olympics. However, the team was called British India and that is why the 1948 Olympics were important to represent the Free India.  And it all happened after a Bengali junior team manager of British India dared to form a new team in free India. His only dream was to see the Indian flag furling high on British land.

As always, Akshay brought life to the film. He perfectly donned the character of a Bengali wearing a dhoti and excelling in the accent. Mouni Roy plays the wife of Akshay Kumar and she was flawless in her brief appearance. Gold has marked her debut film in Bollywood. Gold is just not the film about hockey like Chak De India, but it also takes us on a ride to 70 years back. It showcases the painful partition of India and Pakistan in 1947.

A special attention was given to the costumes and production design as well. Overall, the film is a roller coaster ride which will make you emotional, feel proud, and would thrill you by the end during the final match. The film ‘Gold’ is actually Gold in content, acting, production, and cinematography. And the fact that the film has released on 15 August has just boosted the film on the box-office.

We give a 4 star to the film and would suggest it as the perfect film to watch today.