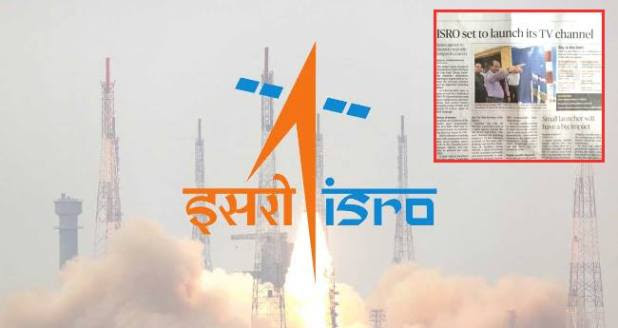 If you love science and technology, then this article will be helpful to you and if you will also read this and tell your friends it will eventually help them. ISRO is planning to launch a Tv channel to promote scientific spirit among people which will conduct training camps for school students. Excited?

K Sivan told that the space agency will select students and conduct training camps for 25 to 30 days in which the student will visit a laboratory and make a small satellite. This ISRO TV channel will showcase space applications, developments, and science issues and targeted at youngsters and people in remote areas in their language.

Chief K Sivan also added, “We don’t have any science TV channel. This channel will inculcate scientific temper among people.”

Besides, ISRO was also planning to set up an incubation center for startups with ideas in the field of space technology.

Mr. Sivan said, “We want to have an incubation centre. Our aim is that the best brain and the research and development should be utilised. These startups can contribute to ISRO without joining us”.

This TV channel will be made in honour of Sarabhai, the architect of the Indian space programme, the first ISRO chief, and renowned cosmic ray scientist was born on August 12, 1919. Recently, ISRO celebrated Vikram Sarabhai’s 99th birthday and next year The Indian Space Research Organisation will have a year-long Vikram Sarabhai centenary celebration starting in August 2019 to honour visionary scientist and its legendary founding father.

Sarabhai was only 28 when he set up the space agency around the late 1940s and 1950s. “We have planned a year-long centenary of the visionary architect of the space programme and our first Chairman, Dr. Sarabhai, during 2019-20. A series of activities will be organized nationally and internationally to commemorate the great international scientist,” Dr. Sivan said.