Throwback: When Mukesh Ambani Proposed Nita In The Middle Of The Road By Stopping His Car 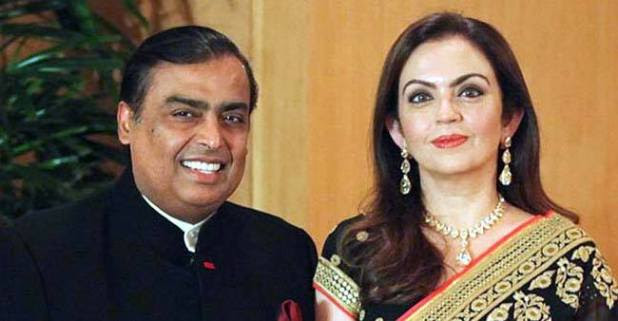 We have seen in many movies that the hero proposes his girlfriend by doing not-do-common things. These romantic scenes make us want for the same. These types of proposals are hard to see in real life. But, how business tycoon Mukesh Ambani proposed his love Nita Ambani will make you adore them so much.

It was the time when Nita Ambani was a renowned Bharatnatyam dancer. She was a traditional dancer and her beauty was enough to impress anyone. And she impressed Dhirubhai Ambani and Kokilaben Ambani and they before knowing her personally decided to make her their bahu.

Once Mukesh Ambani had appeared in a rendezvous with Simi Garewal where he had revealed that it was Dhirubhai Ambani who made the first call to Nita’s home and when he introduced himself, she found it hard to believe. Then, Dhirubhai talked about the marriage of Mukesh to Nita’s father. Then, the families met and agreed to the marriage of the two.

At that time, Nita was very passionate about her career and wanted to continue her passion of teaching kids and dancing even after marriage. On the other hand, the Ambani family accepted it happily.

As we all know, now Nita Ambani is an active member of the Ambani school. She is also a philanthropist. The wedding date got fixed and Nita and Mukesh met a few times before their wedding date as they both had a hectic life. It wasn’t facile for them to spend some quality time with each other.

Nita had not much interest in wealth or property of the Ambanis but she wanted a husband who could support her in moving ahead in life. To impress Nita, Mukesh Ambani once even travelled with her in a local bus as she demanded the same. His effort touched Nita’s heart.

Also, once Mukesh Ambani was driving with Nita and he stopped the car and asked her the question. Nita took a few seconds to reply but in the meantime Ambani said, “Tell me now or I won’t start the car.”

His gesture impressed Nita and she happily said yes. Till date, they are completely in love for each other.