Top 10 Wonderful Cricket Stadiums across the World, 3 of them from India 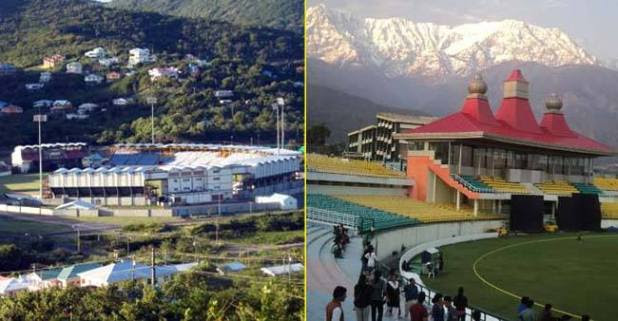 Cricket is one of the most popular and highly played games across the world. People love watching cricket matches especially during the world cup or during the IPL season. For this game, several stadiums have been constructed all over the world in prominent locations. The cricket associations take the responsibility of administering the cricket grounds. There are innumerable grounds across the world that is built with stunning appearance and space. Take a quick look at the most beautiful cricket stadiums all over the world. You can find 3 of them in this list from India.

It is one of the most popular stadiums at Dharmasala in India. It has turned out to become the international stadium in the year 2014. The 5th ODI between India and England was hosted in Dharmasala.

It is located in St. Lucia and this cricket ground is well-known for its beauty and appearance.

It is another popular cricket stadium in Sydney that organized several matches between New South Wales and England and more.

In Tasmania, we can find only one cricket ground namely Bellerive Oval that organizes international matches.

It is one of the attractive cricket grounds in Mumbai that organized the World Cup Final in the year 2011. As of now, the IPL matches are being hosted in this stadium.

This stadium is situated in Adelaide, Australia.

This is another stadium from HP which is located at an altitude of 2250 meters. Bhupinder Singh Maharaja of Patiala originally established it in 1893.

The full form of this ground is the Western Australian Cricket Association [WAA] situated near the sea.

This ground was established in 1854 and it has organized the first test match in 1884.

It is another best and topmost cricket stadium in Wellington and it is considered as the attractive stadium across the world.