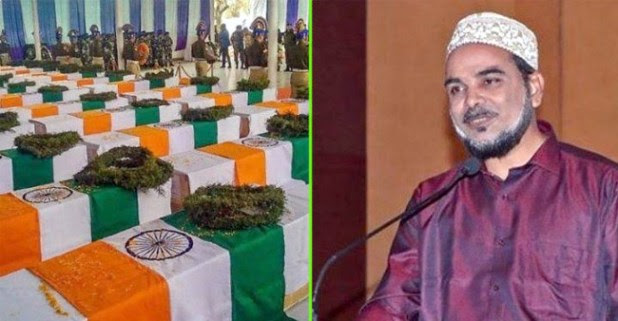 As per latest reports, Murtaza Hamid, a researcher and presently based in the city of Mumbai for a study, wants to make a donation of Rs 110 crore from his taxable earnings to PM’s welfare fund that gets spent on the wellbeing of the family members of the soldiers who lost their lives in the Pulwama terror attack.

The 44-year-old wishes Rs 110 crore to be offered to the family members of Pulwama martyrs. Murtaza, who was visually challenged by birth, spoke to media people and stated: “I was deeply hurt by the loss of 40 jawans in the Pulwama attack. We Indians are all one citizen and we should help each other in all possible ways. I wanted to help the army and their family members.”

The big-hearted person notified that the donated sum is already processed and it belongs to his hard-earned money, all from taxable earnings.

Murtaza has also sent a letter to the Prime Minister’s Office (PMO) and wish to meet Prime Minister Narendra Modi personally and give up the sum for the families of Pulwama martyrs. 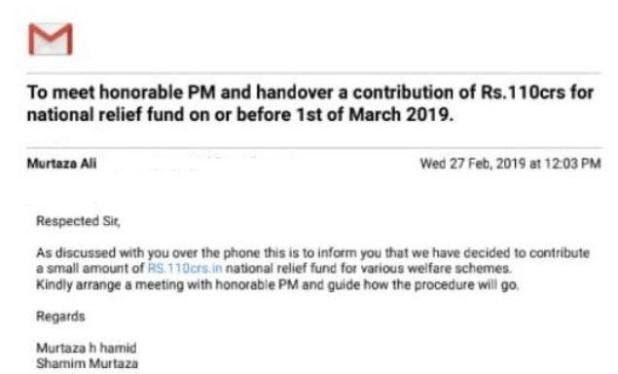 Murtaza, who is originally from the city of Kota, also discovered tactic that according to him can ward off Pulwama kind of episode in the coming time. The technology is named as Fuel Burn Radiation through which cars with explosives can be outlined even without the use of Global Positioning System (GPS).

“Any type of Interference with the fuel, like the one used in the blast, can be detected once it is connected to the fuse,” he stated.

Murtaza stated that around 3 years ago, he offered the technology and had it been accepted; the Pulwama episode could have been blocked up.

On February 14, 40 Central Reserve Police Force (CRPF) persons were shot down in a suicide bomb attack in Jammu and Kashmir’s Pulwama area, which was afterward claimed by Pakistan-based Jaish-e-Mohammed (JeM).