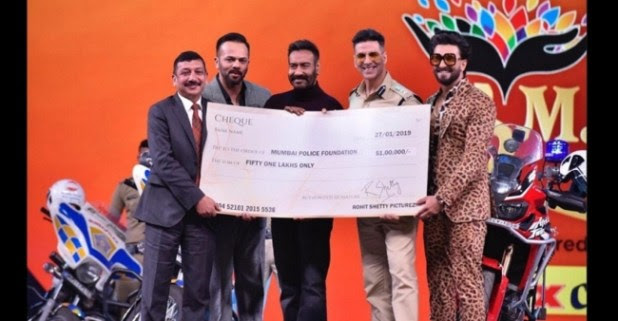 Ranveer Singh starrer Simmba released on the big screens on 28th December 2018. The film opened to a great response from the fans as well as the critics. Simmba became a blockbuster hit and everyone went gaga over Ranveer’s mind-blowing performance as Sangram Bhalerao aka Simmba. The film broke several box-office records and became the biggest hit of director Rohit Shetty’s career. 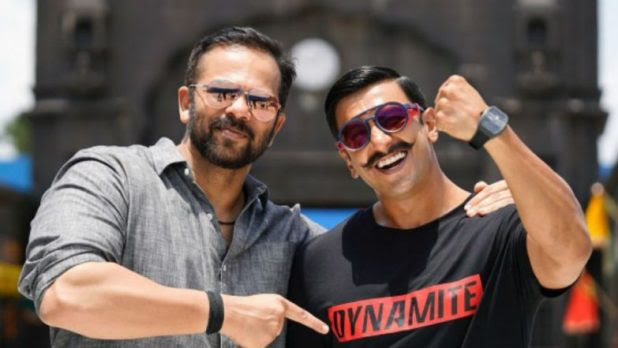 Just like his film, the ace director also won hearts at the recently concluded Mumbai Police’s annual cultural festival Umang 2019. Rohit made a whopping donation of Rs 51 lakhs to the Mumbai Police welfare fund. Yes, you heard it right! As per the reports, the money contributed by the ace filmmaker is from the collections of his film Simmba.

Rohit, along with Akshay Kumar, Ranveer Singh and Ajay Devgn handed over the cheque on behalf of his production house Rohit Shetty Picturez to the Commissioner of Police at the event. 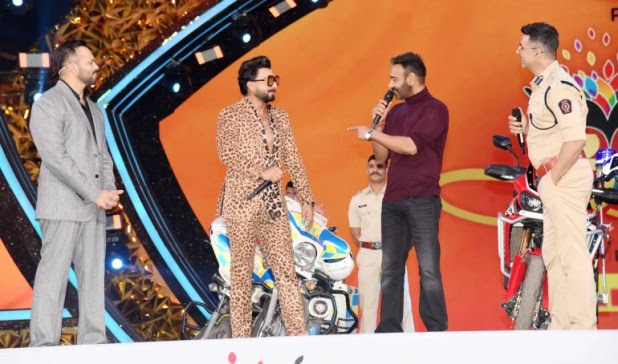 Interestingly, Rohit most successful films of his career have featured a cop as the central character. His cop-drama films Singham (2011), Singham Returns (2014) and Simmba (2018) received all the love from the fans as well as the critics.

Hats off to Rohit for donating such a great amount!

Published by Harmisha Chauhan on 30 Jan 2019