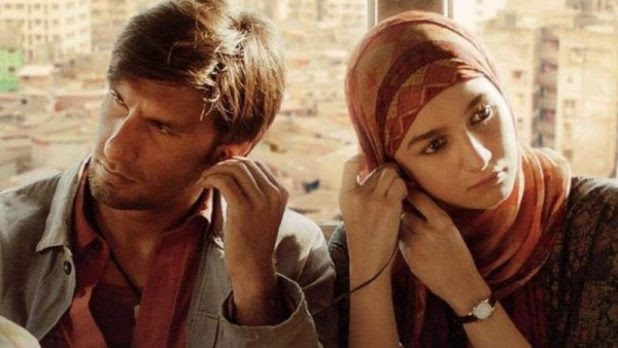 After a long wait, the much-awaited trailer of Gully Boy is out and as we thought it is simply mind-blowing. Ranveer Singh who plays the role of a rapper and raps like a pro has left us simply awestruck. The movie is based on the struggles of rapper Divine – its name is inspired by his breakout song, Mere Gully Mein – and his troupe of street rappers, who go by the name ‘Gully Gang’.

Well, as we all thought Ranveer would be romancing Alia in the film, but here’s a twist as there will be a love trio.  Apart from Alia, Kalki Koechlin will also be seen playing Ranveer’s love interest. While Alia is a feisty young girl hailing from the same background as Ranveer’s, Kalki represents the mainstream success he aspires to.

Both Alia and Ranveer have perfectly got into the skin of their characters. From their dressing to their accent, they have perfectly presented themselves. The movie is majorly shot in different parts of Mumbai as we can see in the trailer.

Take a look at the mind-blowing trailer here…

Well, the trailer has made us pretty excited and we really want to see the movie.

Gully Boy is directed by Zoya Akhtar. Ranveer has worked with Zoya before in Dil Dhadakne Do. On the professional front, Ranveer is on cloud nine as his last released film Simmba is doing wonders at the box-office. While Alia who last appeared in Raazi was also appreciated for her performance and the film also fared pretty well at the box-office. This is Ranveer and Alia’s first film together and we are excited to see this fresh pairing onscreen.

Gully Boy will be releasing on the big screens on 14th February, Valentines Day!

Published by Harmisha Chauhan on 09 Jan 2019