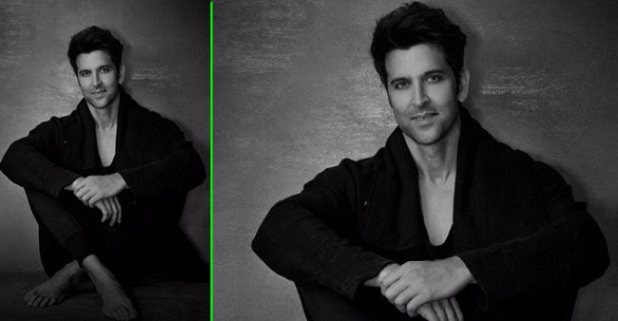 Hrithik Roshan, the man with those dreamy eyes, smile and soothing is stepping into his 45th birthday. The day he debuted in Bollywood with Kaho Na Pyaar Hai (2000), he is reigning our hearts.

Known as  Greek God of Bollywood, the actor has a huge fan following on social media app, Instagram and Twitter and every girl is a die-hard of his physic and looks.

As he turns a year old and doesn’t look like he is aging, let’s take a look at some of his popular love affair in Bollywood!

Hrithik and Sussanne’s love story is almost filmy just like his professional life. The actor spotted the beautiful girl at the traffic light and it was love at first for him. After dating a whole year, the actor proposed her in Mumbai and exchange the wedding vows in the year 2000. The couple lovely wedding made headlines when Hrithik’s linkup rumors started falling in with Kites co-star, Barbara Mori. There were a few suggested that Sussanne leaving the house with their children, Hridhaan and Hrehaan to living separately for a while.

Later in 2013, they got separated and filed a divorce after four months which got finalized in 2014. As of now, they are on good terms and often met for dinner dates and films with kids.

She once stated that “He is a beautiful human being. He is sweet, a great actor and an even bigger heart. Any woman can fall in love with Hrithik Roshan.”

There was no ending to the rumors of the love affair between Hrithik and Barbara and then wife Sussanne said, “Rubbish. Everything is fine. But yes, Hrithik and I are very upset with the story of our so-called split. Nobody can break my marriage with Hrithik. We are together. Our relationship is very strong.”

No matter what they said, it’s strongly believed that the Barbara Mori linkup led to a crack in Sussanne and Hrithik’s blissful marriage.

Hrithik and Kangana worked together in the movies like Kites (2010), and in Krrish 3 (2013) after which buzz doing the rounds on the internet that they were started dating when the shooting of the film came to an end. We all know about the rest when the mess began when there was speculation that Hrithik had removed Kangana from Aashiqui 3. Asked about this, Kangana had said in an interview, “Yes, many lame rumours are doing rounds, even a dumb ass can tell where these rumours are coming from. I don’t know why exes do silly things to get your attention. For me, that chapter is over and I don’t dig graves.”

After which, Hrithik lost his calm and sent a legal notice to the Queen actress for “publicly defaming him”. And they ended on a really bad note which the world’s know!

Not only these two ladies were Hrithik’s link up rumors Kareena Kapoor was also the one who started to develop feelings for him during the shooting for Yaadein. They have worked together Kabhi Khushi Kabhi Gham, and Main Prem Ki Diwani Hoon also.

But by both Kapoor and Roshan’s family elder members asked the two to stay away from each other.