Tweep’s responses are hilarious when asked If Virat Kohli’s bat could talk, what would it be saying 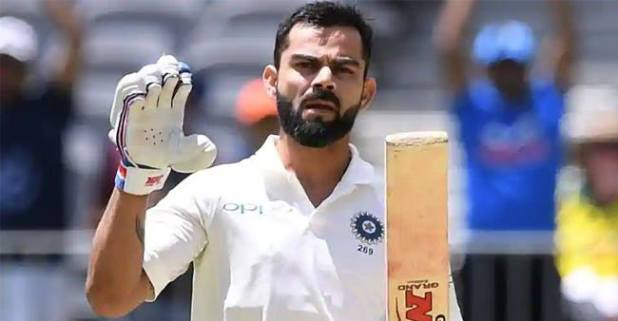 This wouldn’t be wrong in saying that the Indian Cricket would be incomplete without Kohli, who gave massive contribution in creating records. Well, you might be asking yourself what would be the biggest strength of a cricket player like Kohli, the same was mentioned in a tweet by ESPN, on 15th of December during the India vs Australia ongoing test series.

The ESPN shared a picture of Virat holding his bat and captioned the post asking, “If Virat Kohli’s bat could talk, what would it be saying? #CaptionThis #AUSvIND.”

On that note, the responses started showering on Twitter with tweeple giving hilarious answers for the post. Take a look at some of the best tweets overall that will make your day.

One of the tweeple Sanjay Ingole wrote, “Congratulations Virat, KL Rahul again gone for duck (0) tagging  Ind vs Aus 2nd inning Perth, hope he will continue his performance like this till you are captain of the Indian cricket team.
All the best for both of you.”

Congratulations Virat, KL Rahul again gone for duck (0) # ind vs aus 2nd inning @perth, hope he will continue his performance like this till you are captain of indian cricket team.
All the best for both of you.

Twitter user Princeofmadras wrote in his response, “If you are bad, I am your dad.”, Is it really so prince…Take a look at his tweet.

U need to cheat to get me out

This one was really hilarious, the Twitter user, Subhadip Ghosh wrote, ” U need to cheat to get me out.”

With 324 comments, 1.4k likes and 106 retweets, Virat’s post is gaining hike on the internet. Virat was recently spotted celebrating his first wedding anniversary, where wife Anushka joined him at Australia. Instead of such hectic schedule, the couple managed to have some quality time together.

The man took to his Instagram account and wrote a sweet note on his anniversary, “Can’t believe it’s been a year already because it feels like it happened just yesterday. Time has truly flown by. Happy anniversary to my best friend and my soulmate.Mine forever.”