Delhi Gurudwara Provides Food To the Farmers Gathered Across India 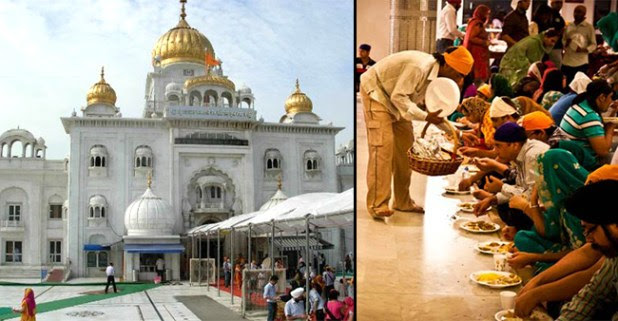 The march is running under the banner of the All India Kisan Sangharsh Coordination Committee which is n umbrella body of about 200 farmer organizations from across the country. The march walked towards Parliament for a rally on Friday Morning.

Vijoo Krishnan, leader of All India Kisan Sabha said,”We are expecting a gathering of 35000–40,000 people to march towards Parliament Street on Friday morning.”

As there were thousands of a farmer who came to the national capital from across the country, all of them faced the toughest challenge to find a night shelter for them. Most of the farmers stayed at Ramlila Maiden in tents, and in the open in the cold night. Interestingly five Gurudwaras in the Delhi extended their help to the farmers. The Gurudwaras include Bangla Sahib Gurudwara, Sis Ganj Sahib, Rakabganj, Bap Sahib and Majnu Ka Tila provided accommodation to farmers for the night.

Many farmers made their starting point as Bangla Sahib Gurudwara for their rallies which will first march to Ramlila and then proceed to Parliament-street. Several NGO’s and volunteer groups have also come out in support of the farmers who will still flow to Delhi in large numbers from across the country. There are approximately 600-700 volunteers of the solidarity group Nation for farmers marched with the farmers from four assembly points which are Bijwasn, majnu Ka Tila, Nizamuddin and Anand Vihar towards Ramlila Maiden.

There are many big groups and small groups which are proving help of food and medicine to the farmers.