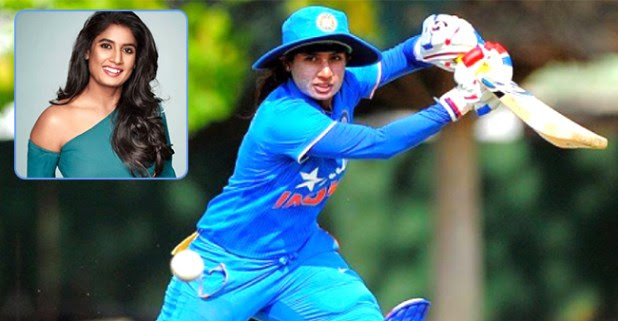 Greatest batswomen, Mithali Dorai Raj is an Indian cricketer and the captain of the Indian women’s cricket team in Tests and ODI. Today, the captain rings in her 36th Birthday and oh boy, we are so proud of her. Let’s take a moment here to know more about this fierce lady who is the highest run-scorer in women’s international cricket and the only female cricketer to surpass the 6,000 run mark in WODIs.

Hailing from Jodhpur, her father is Dorai Raj, was a former Airman (Warrant Officer) in the Indian Air Force, and mother is Leela Raj. She comes from a Tamil family. Mithali started to play the game at age of 10 and at the age of 17, she was selected for the Indian team. Currently, she lives in Hyderabad, Telangana.

Mithali loves reading books. Before playing a game against England, she read a book by Jalaluddin Rumi on life essentials.

The captain of Indian cricket team also decorated by an Arjuna Award in 2003. And in 2015, adding another mile to her career she was awarded Padma Shri [the fourth highest civilian award in the Republic of India, after the Bharat Ratna, the Padma Vibhushan and the Padma Bhushn].

Earlier, Mithali was a classical dancer and also learned Bharatnatyam to grow in this field only. However, cricket brought her fame. She is the youngest female cricketer to score a hundred on her ODI debut.

Mithali is also known by the name ‘Female Tendulkar’ as she is currently the all-time leading run-scorer for India in all formats, including Tests, ODIs, and T20Is.

After Women’s Cricket World Cup in 2017, Viacom 18 Motion Pictures got the rights to make a feature film on her life. She said, “Hoping that this movie inspires more people, especially young girls to take up sports as a career.”

A biopic on Mithali’s life is currently in planning and the shoot will start early in 2019. She said “I think Priyanka Chopra will be a great choice (to play me in the biopic). Our personalities match a lot. I am not a movie buff, so I’d love the experts to do their job.”