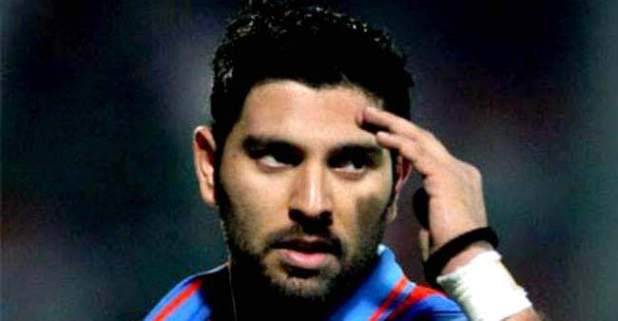 Yuvraj Singh, one of India’s most loved cricketer is turning 37 on 12th December 2018. Yuvi has already cemented his place in the hearts of his fans all over the country. Yuvraj has one of the finest match winners that Indian cricket has ever had. After numerous affairs, Yuvraj Singh finally tied the knot with model-turned-actress Hazel Keech. His affairs have never been hidden because as he was always involved with Bollywood beauties.

Checkout some of his love affairs which happened with the B-Town divas:

The actress from famous movie Mohabbatein, Kim Sharma is the lady with whom Yuvraj had the longest affair. He was rumored dating Kim at early days of his cricketing career. But unfortunately, Kim, cousin of Arjun Rampal was apparently not welcomed by Yuvraj’s mother Shabnam Singh which was the big reason behind ending their four-year-long relationship.

The other actress from Mohabbatein Preeti Jhangiani has also dated by Yuvraj Singh. Their relationship was a short one and didn’t work out for long. When they were asked about their relationship with each other none of them agreed of their supposed relationship.

Preity Zinta and Ness Wadia, who were the owners of the IPL Franchise, were in a serious relationship for a very long time but due to some problems, they parted ways. But both of them denied their relations and told that its just friendship between them. However, Preity was irked by the allegations and took over Twitter to express her resentment.

Yuvraj has also a heart connection with the famous Bollywood diva Deepika Padukone. It was witnessed when Deepika Padukone hosted a grand party on cricketer’s birthday. Deepika also attended cricket matches to see Yuvraj play. But soon they parted ways.

Yuvraj also fell for one more B-Town diva, Riya Sen. After his breakup with Deepika Padukone he started dating Riya. He met her a party and the two could not set their eyes off each other. The relation was not a long one and they soon parted ways.