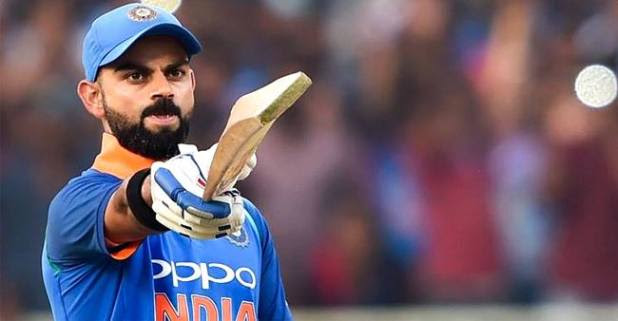 The supersonic player Virat Kohli is known for his energetic batting performance and excellence captaincy, recently he turned 30 and on his special birthday he thanked his fans but he has engaged himself in fresh dispute after his video footage on social media came upfront in which the captain was saying that “those who prefer English and Australian batsmen should not live in India.”

The latest blabbering by @imVkohli shouldn’t be taken too seriously.
In the month of November, he tends to go off the rails.
This is nothing compared to what he said 2 years ago.

When Virat was reading out some of his social media messages, few positive ones and few not-so-positive ones, among the mean texts which were addressed to him by his fans, he responded to them. The man was reading out the tweets and Instagram messages on his new released app, in which his opinion was asked on them, he then gets to a comment by some user who said, Kohli is an over-rated batsman, the user says that it’s better to watch Australian and English player over Indian player, his tweet reads as, “Over-rated batsman and personally I see nothing special in his batting. I enjoy watching English and Australian batsmen more than these Indians.”

Undoubtedly, Kohli is one of the superlative players  in the world but his dispute enhanced as Kohli’s approach to the question did not go well with the users as some users even went to remind Kohli of his statement during the U19 Cricket World Cup in 2008, where the batsman said that his favorite cricketer was former South African opener Herschelle Gibbs.

Kohli recently surpassed the milestone record of making 10000 runs with a minimum 205 number of innings and became the top-notch player to do so.