Armaan Kohli Had Raised His Hands On Tanishaa Mukerji Too, Says His Servant 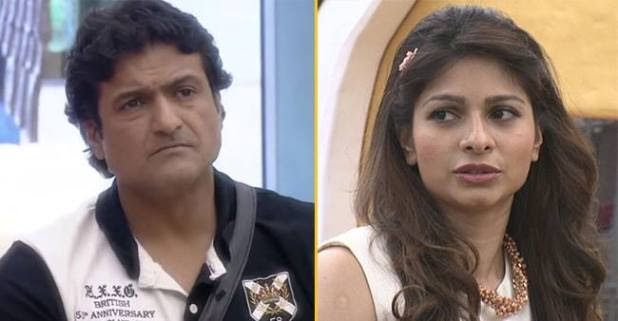 Neeru Randhawa has revealed many things against Armaan Kohli who earlier this year made her file a complaint against him in the police station. She is not the only one who Armaan has beaten up. Neeru told the media that “Armaan raised his hand on Tanishaa Mukerji too.”

When Neeru was asked how does she know about Armaan and Tanishaa? She had said earlier this year in June talking to a leading daily, SpotboyE.com, “Well, the (Armaan’s help-staff) servants told me about it. Moreover, I learned the same also from a couple of friends who know Armaan and Tanishaa”.

Well, there is more stuff added to this matter. Tanishaa Mukerji had slapped Armaan before walking out on him and never looked back after it. Tanishaa and Armaan fall in love with each other when they participated in Bigg Boss 7 and it is very much clear that she adores Armaan. It is also said by SpotboyE.com that when they met the couple looked so much in love.

However, their relationship ended on a very bad note. Recently on Monday driver at the Kohli household, Sonu told the leading daily, “Yes, Armaan used to beat up Tanishaa ma’am too.” The relationship became so volatile that at one point, Tanishaa slapped him in return. “Tanishaa ne Armaan sir ko thappad mara tha. Bas uske baad woh chali gayi (Yes, Tanishaa slapped Armaan. After that she left).”

When the reporters called Armaan for his statement over this, he refused to take our calls. SpotboyE then texted him a request but still, he denied to answer and remained silent and even Tanishaa too refused to comment.