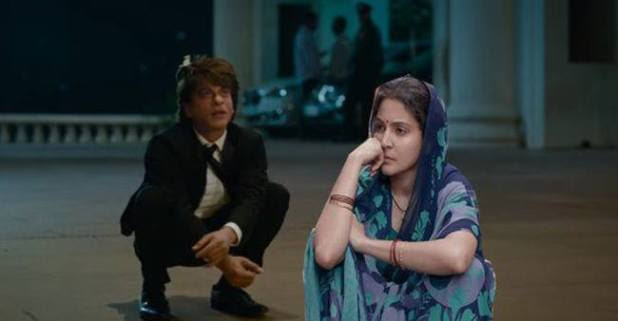 The trailer of the most anticipated movie Zero released on Shah Rukh Khan’s 53rd birthday as a treat to fans. Indeed, it’s a great return gift for his fans across the world for their wishes to SRK. This Aanand L Rai directorial movie also stars versatile actresses, Katrina Kaif and Anushka Sharma. The trio has reunited after blockbuster Jab Tak Hai Jaan.

The trailer of Zero has crossed millions of views on social media platforms like Facebook, Twitter, Instagram and broke several records on 3rd November. Zero is slated for the release of 21st December 2018 in which SRK will be playing a challenging role for the very first time in his decades’-old career as a vertically challenged man whereas Katrina will be seen playing an actress who is an avid drinker and Anushka seems to be physically challenged, scientist.

Well, when a film finally came into existence with the trailer release, the internet gets filled with memes from the movie. Same goes with SRK, Anushka and Kat’s Zero. While Anushka has already tasted the fun of memes that lead to a successful box office collection, it is now SRK and Katrina who become the target of funny memes. The trailer of Zero is an amazing rollercoaster of emotions which left all of us impressed and people have come with a lot of memes on Twitter.

Indians on why they elect the politicians that they do#ZeroTrailer pic.twitter.com/SRNm0yt13G

Third Umpire when Dhoni takes DRS from behind the stumps. #ZeroTrailer pic.twitter.com/4fT4Aa02PS

Talking about the movie, it has been also revealed that SRK doesn’t want to reveal Anushka’s look and hired a tight security and issued no mobile phones rule on the sets which have made the fans even more curious as everyone wants to know more about Anushka’s character in ZERO.