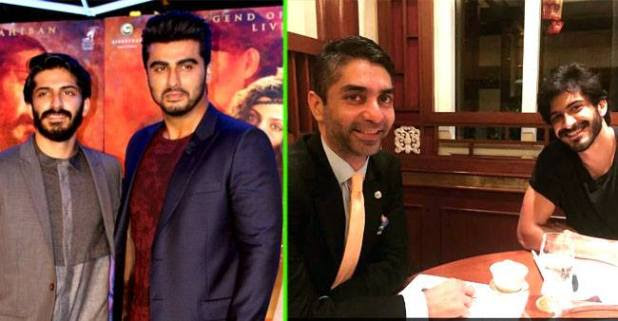 Harshvardhan Kapoor, the youngest boy of Kapoor Clan who debuted in Bollywood with Rakesh Omprakash Mehra movie Mirzya didn’t impress his audience, not even the critics but the expectations are still high from him. But now his upcoming flicks will decide his fate in the film industry as it is said he has signed them even befor the release of Mirzya. The actor didn’t even win the best debutant Filmfare Award last year. Till now, Harshvardhan has done only two movies including Bhavesh Joshi Superhero which was again a flop movie of his career.

Now, the next year will witness three biggest release and is likely to set Harshvardhan as a successful and bankable actor of B’town. Here is the list of movies in which he will be featuring in…

Harshvardhan Kapoor is all set for his upcoming film based on an Olympic gold medal-winning shooter, Abhinav Bindra. It is a biopic of Bindra’s autobiography, ‘A Shot at History: My Obsessive Journey to Olympic Gold’. The filmmakers will try to show the real Olympics as it is and also the obstacles that the shooter had while playing the Olympics for India. Not only this, the actor will get training from the real coach of Abhinav. The film is slated for the release of next year although the shooting of the movie hasn’t begun yet.

Harshvardhan has been making headlines with Sriram Raghavan for the sequel of Badlapur. The first part stars Varun Dhawan in it and till now Harsh name is popping up for the role of this sequel. Harshvardhan’s name has come up antagonist in Badlapur. Also, Deepika was asked for the movie but she hasn’t confirmed anything yet.

Firstly, Farzi has been offered to Harshvardhan’s cousin and actor Arjun Kapoor. As this movie is based on a robbery kind sort of something, Arjun wasn’t sure as the director duo, Raj Nidimoru and Krishna DK’s A Gentleman failed to do well at the box office. Arjun without taking further time suggested his Vardhan’s name for Farzi and the makers are talking with him over this.

It is still not decided if Harsh will sign it or not.