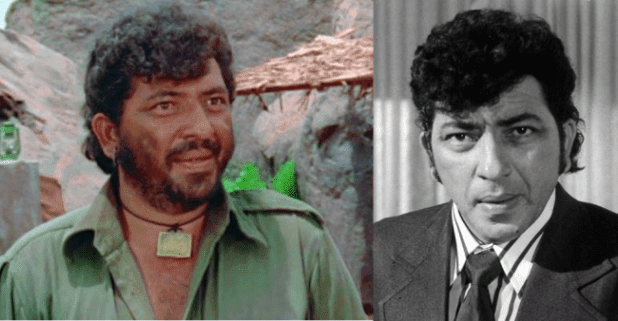 Amjad Khan who got fame with the name of Gabbar was an Indian actor and director. The actor worked in more than 130 films in a span of 20 years but he personally liked playing an antagonist in Hindi films. The memorable one among all was his role of Gabbar Singh in the 1975 classic Sholay and of Dilawar in Muqaddar Ka Sikandar released in 1978.

However, it began when Sippy saw Khan playing an African man in a play in Mumbai. Ramesh Sippy’s sister was Amjad’s co-actor in the play. One day, she invited Ramesh Sippy to have a glimpse of the play where he realized that Amjad Khan could be the bad guy he was looking for the movie.

Although Amjad’s health went well with the role he was about to play, Khan later gained weight. The actor was all desperate to lose weight and tried his level best in doing so.

Before Amjad, it was Danny Denzongpa considered to play the Ramgarh Daaku, but he had prior commitments so, from the play Khan was brought on board, writer Javed Akhtar felt that he is not suitable for the role as his voice is not going well as expected. Even Javed asked to replace Khan but later things went right and such an actor was found whom we remember till date.

In the year 1972, he married Shehla Khan and in the following year, she gave birth to their first child, Shadaab Khan, who acted in a few films but not became a famous one like his father. He also had a daughter, Ahlam Khan, and another son, Seemaab Khan.

Amjad will always be remembered for his work. What do you say… Share in the comment section.