15 Years Of Kal Ho Na Ho: Preity Zinta Had Lost Her First Love Before Shooting Of The Film 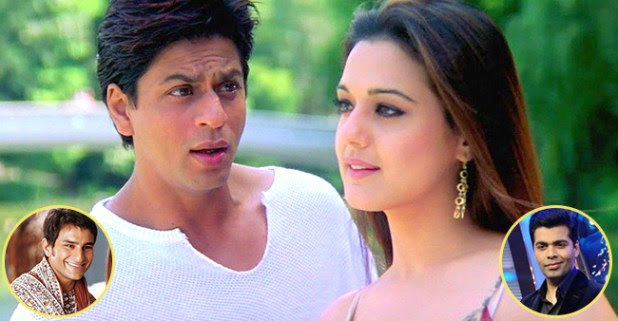 Yesterday, a film close to million of heart completed 15 years. We are talking about the iconic Kal Ho Na Ho which is produced by Karan Johar and his father Yash Johar. Priety Zinta, Shahrukh Khan, and Saif Ali Khan made us cry a lot of times and put a reality in front of us about life, love, friendship and family.

This dialouge is enough for us to get reminisced all those heartly moments from this movie! Even after watching it thousands of time, fellas, we watch it one more. Do you agree?

Well, just like us, the cast, crew of KHNH got emotional as the film completed the journey of miles. Recalling the last movie of his father, Karan Johar wrote on Twitter that, “It was my father’s last release, an immortal melody, says Karan Johar as Kal Ho Naa Ho clocks 15 years.”

A film I absolutely loved writing….My fathers last release….an immortal melody and an incredible cast and crew….I love you so much #KalHoNaaHo it’s been 15 years…. pic.twitter.com/7ggf6Aft8v

He even shared a video on his Instagram saying that it will always remain close to his heart. He captioned it as, “A film I absolutely loved writing….My fathers last release….an immortal melody and an incredible cast and crew….I love you so much #KalHoNaaHo it’s been 15 years….”

Let’s take a look at the video…

This film showcased the story revolving around a young, introvert woman, who has trust issues after her father’s suicide. Zinta said, “It was one of those films that filled me with joy but it broke our hearts as well. It was a roller coaster ride… It is a timeless film. I am fortunate that I was a part of it”.

This film was meant for Kareena Kapoor but she turned down the role and eventually it falls for Zinta and did great wonders in her career.

Interestingly, Zinta turned down Imtiaz Ali’s Jab We Met, the modern classic love story and she holds no regret for it. Even Preity has said that she and Kareena have a “karmic connection”. “There is a karmic connection between Kareena and me. We both are in very good karma with each other because she said no to Kal Ho Na Ho’ and I said no to Jab We Met’, both of them are iconic and career-defining films. People tell me they liked me a lot in Kal Ho Na Ho’ and I think she did a wonderful job as Geet,” she said.