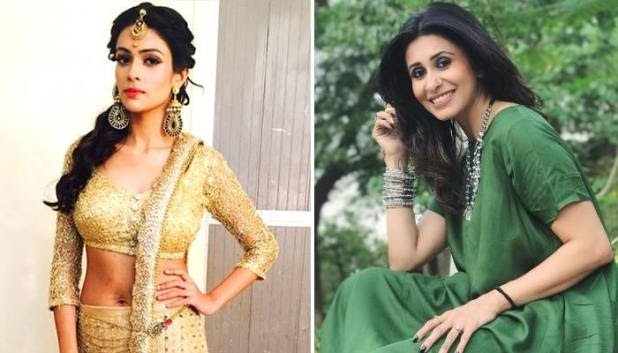 Ekta Kapoor’s show Kasautii Zindagi Kay reboot has hit the small screens on 25th September and the show got a great response from the viewers. The audiences are loving the show’s new star cast and seem they are doing justice to their respective characters which are still considered one of the most iconic characters of the small screen.

Fans loved the new Prerna played by Erica Fernandes and Anurag played by Parth Samthaan. And now, apart from them, the show is all set to witness a new entry. Naagin 3 actress Charvi Saraf will be entering the show where she will be seen playing Erica aka Prerna’s sister. She will play Shivani, an aspiring actress on the show.

Earlier, this very role was played by well-known TV actress Kishwer Merchant. A source revealed that Charvi has already started shooting for the role and will be introduced rather soon.

Let’s see, how Charvi will do justice to her role which was played by Kishwer.

Well, almost all the important characters in the show are already introduced by the main character is yet to be unveiled and it is none other than Komolika which is being played by none other than Hina Khan. We have got a few glimpses of the actress on the social media but her full look will be revealed on the day she will make her entry in the show.

Fans are really getting all curious with the buzz that has been created around Hina Khan’s character. Well, let’s see how will Hina do justice to her role as she is going to play a vamp while earlier, we have seen her as a sanskaari bahu ‘Akshara’ in Yeh Rishta Kya Kehlata Hai.

So folks, what are your thoughts on this? Tell us in comments.

Published by Harmisha Chauhan on 08 Oct 2018