Birthday Special: Asin And Rahul Sharma’s Love Story Is Just Another Fairytale For Us 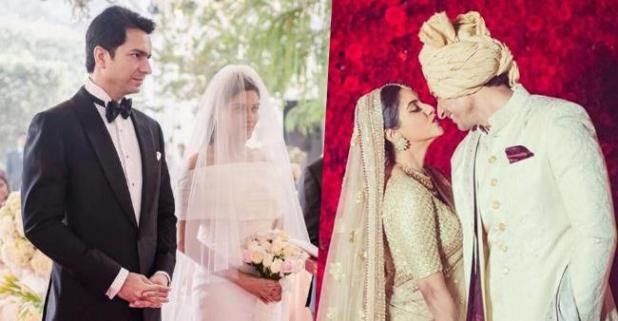 Asin Thottumkal is a well-known face of the Hindi and South film industry and also she is a trained professional Bharathanatyam Dancer. Even though Asin started her career with South movies, she gets inside Bollywood soon with a bang and fans liked her very much. Asin started with Bollywood’s perfectionist Aamir Khan in the film Ghajini and did a few films with Akshay Kumar like Housefull 2, Ready and Khiladi 786 and over the time she bonded with Akshay very well.

Well, today the actress turns a year older and here we are with her dreamy love story where Akshay plays the most important role.

The story started when Akshay Kumar and Asin were traveling for the promotions of Houseful 2 in a private jet and there Akshay introduced Asi to Rahul Sharma [The CEO] as a good friend. For those uninitiated, Rahul Sharma is an Indian businessman, founder of YV Televentures and co-founder of Micromax Informatics.

That time for Asin, Rahul was just a good friend of Akshay until he told her that Rahul will a perfect life partner. Asin ignored Akshay as she thought he was pranking on her for which he is world famous. Later, during the event, Asin got to know who Rahul Sharma actually is and they traveled in his jet only and performing in his event only. Well, Asin was impressed by Rahul’s down to earth nature for which she attracted toward him. Rahul is a millionaire but still, he is such a kind and heartful man.

For Rahul, Asin is a self-made woman and he likes it about her. Soon there numbers got exchanged and some conversation happened until Rahul recognize Asin as a life partner.

Just like any other gentleman, Rahul asked Asin to met her parents and ask her hand for marriage in a very first meeting. While Asin wanted it all to slow down and they started dating each other.

After 4 years of dating, Asin made her relationship with Rahul official during the promotion of her movie All is well. When the media asked about her love story she said, “o after our first meeting, we had spoken a few times over the phone and then Rahul was somehow convinced that I was the girl for him, so on one of the times, he asked me if he could meet my parents.” Asin further added, ”We had just spoken 2-3 times, that too thanks to Akshay. Anyways, Rahul came and met my parents and expressed his intention to them. He is very sorted and knows his mind clearly. And he tells them, ‘I would like your daughter’s hand in marriage.’ She also said that her real-life story is strangely similar to one of her movies Ghajini.

So how’s the proposal went? Just like a fairytale story! Rahul invited Asin to the presidential suite of a luxury hotel in Delhi and planned a treasure hunt for her. And at the end, she found him wearing a Kerela outfit and kneeling down on his knees with a ring in his hand. The ring was a 20-carat solitaire with the AR imprinted on it which worth crores. Well, that’s not it, he proposed the beloved Asin in Malayalam.

Ain’t you fall in love Rahul after reading Asin’s love story where her best friend played a major role of introduction?

The couple tied the knot on 20 January 2016 in Delhi followed by a grand reception in Mumbai on January 23. They respected each other’s rituals and religions and tied the knot walking down the aisle. One year later, the duo embraced parenthood and welcomes their baby girl Arin who was born just two days before of her mother’s birthday.