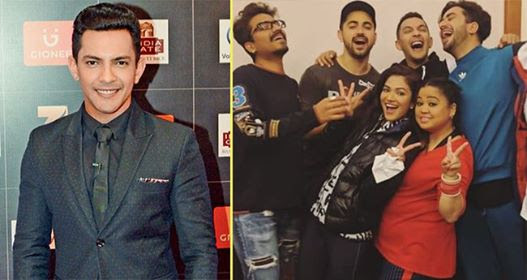 Khatron Ke Khiladi 9 contestants are having a gala time and they are in Argentina. They are shooting for the series and also fighting challenges. On one hand, they are partying and on the other hand, they are facing a competition and become mere rivals of each other in the game.

However, this doesn’t stop them from partying and they have celebrated Aditya Narayan’s birthday in Argentina.

The daily soaps actors and actresses are having a gala time in Argentina as they are shooting for Khatron Ke Khiladi 9. Apart from this, they are all in the chase to win and are also performing dangerous stunts. Everybody in the race to win the prize money.

Have a look at the latest videos of the team straight from Argentina where they are celebrating singer, Aditya Narayan’s birthday:

If you have observed, Vikas Gupta is missing from the videos. It seems the Bigg Boss contestant is on rest mode after the snake bit him. According to reports, makers were shooting several types of action sequences in Argentina. At that time, Bharti Singh, who is also a participant, was attacked by a dragon snake.

Seeing Bharti in trouble, Vikas Gupta, who was present there, tried to save her and in the process got bitten by Vikas Gupta. It was also reported that Rohit Shetty, host of the show, is unhappy with the incident. Keeping the same in mind, during the stunts of the show, the team has decided to give extra security to contestants.

Vikas was asked by leading daily about his health and he replied, “I am good. All is well now.”

Check out some more videos of the party: