Kajol Says That She Doesn’t Believe In Women-Oriented Films 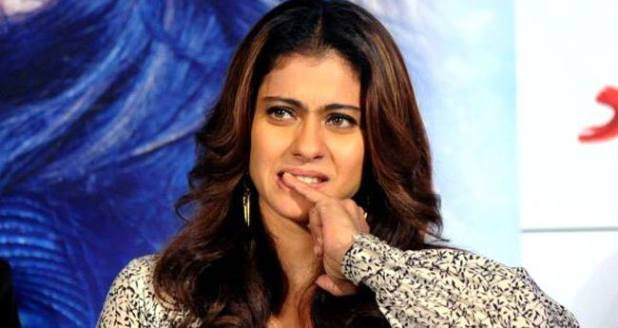 Popular Bollywood Actress Kajol is currently gearing up for the release of her upcoming film Helicopter Eela. During the trailer launch of the film, she interacted with the media and said how she doesn’t believe in women-oriented films.

In the recent years, we have seen actresses like Vidya Balan, Rani Mukherjee, etc shifting their focus on women-oriented films and gave us Tumhaari Sullu, Kahaani, Hichki, Mardani, etc. However, Kajol doesn’t feel the same way.

While interacting with the media, she said, “I don’t believe in women-oriented films. I believe in good films and scripts. I would say the same for my counterparts — whether it is Vidya Balan or Rani Mukerji for that matter. I think they both believe in good scripts. It doesn’t matter whether you are the whole and soul of the film or not. What matters is, what you are doing in the film and it matters what kind of films you are working in.”

In her upcoming film Helicopter Eela, she plays the role of an obsessive mother who constantly keeps an eye on her son’s activities. The film will give an insight about where the parenting goes wrong. In a country like India, Parents play a major role in shaping the children, but most of the times, parents become obsessed and start ruling their lives.

Kajol was asked that if being a mother she finds any similarity with the character of the film, to which, she said, “I think most mothers are like Eela. Indian moms generally… all of us are Eela, but the degree of obsession can change from one mother to another.”

Talking about the film, she further said, “I think Helicopter Eela has come at the right time because when you talk about parenting, it is not necessary that only the mother teaches her children, but it’s beautiful and wonderful that now many fathers are actually getting involved in their children’s lives. “They are loving and enjoying it for a change so. I have to say that during Helicopter Eela, when I was shooting or I was out of town, Ajay (Devgn) made sure that he was in town to take care of kids and put them into their beds. I think that’s what today’s parenting is all about.”

The film is co-produced by Ajay Devgn and Jayantilal Gada and will release on September 7.