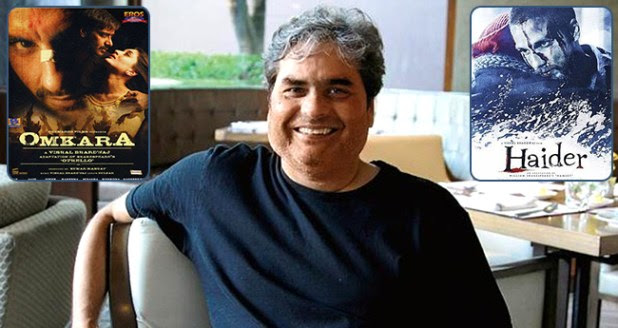 Who knew that the man who started his career as a music composer will become one of India’s most unique directors. We are talking about Vishal Bhardwaj who has given some of the spectacular results and some of the best Hindi films of the last two decades. His movies characterized by complex protagonists and risky choices in the plot. He not only directs but also gives outstanding music in his films. Today, on the occasion of his birthday, we will let you know the talented writer, director, composer and an artist’s movies, ranked from average to best.

Shahid Kapoor, Saif Ali Khan, and Kangana Ranaut starrer Vishal Bhardwaj’s film received mixed reactions all over. Its box office collection was so bad that made it one of the biggest losers of the year. But, for an audience of different taste, this movie is not bad. The storyline, the locations of Arunachal Pradesh, a haunting background music and of course excellent cinematography can be watched.

The director is known to make dark films but this film was different and wackiest film by him too. Anushka Sharma and Imran Khan starrer film didn’t work for both the critics as well as the audience. The film was the adaptation of a novel by Ruskin Bond and it shows an unseen side of rural India. It won the National Film Award For Best Children’s Film. Shreya Sharma played the lead role in the film. It was very convincing in her portrayal. Makdee was the director’s first film which released in the year 2002. Debuting in film line with such kind of story was really a brave decision. It seems like a children’s film but actually isn’t. Shabana Azmi and Shweta Basu Prasad were in the lead roles. Priyanka Chopra featured 7 Khoon Maaf was the second Ruskin Bond adaptation by the director. It was his masterpiece. Though the movie didn’t do well at the box-office, it was appreciated a lot by the critics. Priyanka’s performance in the film is considered the best of her career. Shahid Kapoor and Priyanka Chopra starrer film’s story is certainly the highlight of the film. It brought Shahid in the category of performing serious role actor. From the beginning to the end, the film keeps the audience stick to the place. Again masterwork of the director.  ‘Maqbool’ shows the story of Mumbai underworld. And Irrfan Khan’s performance in the film adds to it. With this film, he gave some of the finest actors in the Indian film industry. The film is set during the period of the Kashmir conflicts. Making the film on such a sensitive issue definitely needs guts. Bhardwaj and its crew fighting all the odds delivered one of the best of his career. If you ask which is the film that put Bhardwaj right among the topmost directors of Bollywood, it’s Omkara. Director adapted the story from plays by Shakespeare and set it on the heartland of Uttar Pradesh. Also, Saif Ali Khan’s performance in the film is one the best role of his career. Which amongst these are your favourite?