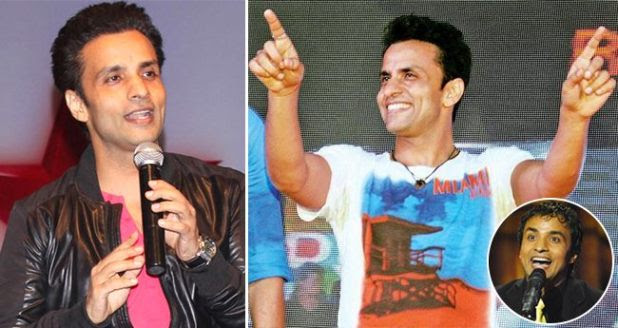 Ace comedian Rajiv Thakur is celebrating his birthday today. The popular comedian and actor has been winning our hearts since several years. The self made man never missed a chance to make us laugh. Rajiv belonged to a family of peasants. Due to financial constraints, he had to get a job immediately after high school. His first job was as a peon.

In an interview, he had once said, “My salary was fixed at Rs 6-7 thousand. I was very happy, I thought that the good old days would return, I did not have a fridge, I thought I would buy a fridge after saving for three months. Just my luck, I fell sick on a week off and they hired someone else in my place. My dreams were broken there. ” Later he joined his uncle’s business from which he got his first salary. Talking about the same, he said, “My uncle used to work on Meenakari’s business, I learned the work and started working as a laborer. At the end of the first month, he gave me 600 rupees and a painting as a salary, this was my first earning. Papa opened a bank account for me on that day.”

Rajiv struggled hard to get little happiness in life. He recalls an incident about how he got his first cycle. He said, “There was a hike in bicycles in school at that time and a friend of mine was selling his new bicycle for Rs 200. I went to my father and told him that I would do all the work at home, just give me a bicycle. He did.” Getting a cycle was easy for him, but later, it was when he started earning on his own, he had to save every penny to fulfill his wishes. Raveev says, “After the cycle, I bought a secondhand Hero bike from my savings, for two and a half thousand rupees. At around that time I was also doing theater. There was a job to teach theater in college.There was a three-month advance, in which I got Rs 15,000. With that money I bought a brand new Vespa scooter. ”

And guess what, he owns a Mercedes now. Rajiv got fame with the a TV show titled ‘Laughter Challenge’. From this very show, India got several comedians like Kapil Sharma, Bharti Singh, Sunil Pal, etc. Rajiv says, “Because of Laughter Challenge I found out that comedy could make me famous. I participated in the second season and here I am today. I am just lucky that I got to find and show my true talent to the world”.

Since then, there was no stopping for him. He worked in films several Punjabi films and was also seen in the Kapil Sharma Show.