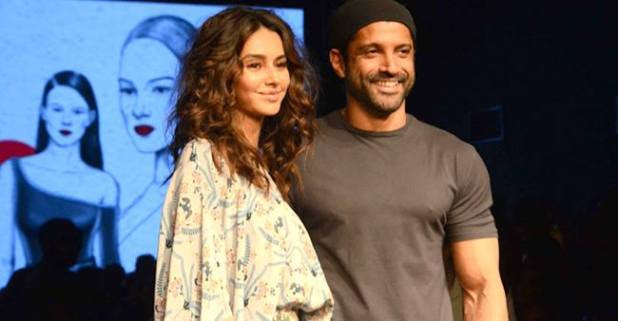 Actor, director, and singer Farhan Akhtar after divorce to Adhuna Bhabani has been dating actress and host Shibani Dandekar. After denying the rumours of their relationship for quite a some time, now the duo has been opened about it. Also, they spotted attending holi party of Javed Akhtar together.

Talking about her fashion preferences, the actress said: “I think when it comes to choosing something that you have to wear, it’s always about what works for you. So, in every collection even when Payal Singhal puts out something and she is one of my favourite designers, I have to find what works for me, what will look good on me and in what I will feel comfortable and that’s the way I choose fashion options.”

If the rumours are believed to be true then Farhan and Shibani are planning to get married later this year. This will be Farhan’s second marriage. He had been married to Adhuna for 16 years and they got separated in 2016. The ex couple have two daughters Shakya and Akira.

Farhan once posted a heartfelt message for Shibani on Instagram which reads as, “I don’t know if you find love or love finds you, either way, it’s a gift from the universe. So be grateful. Every. Single. Day.”

As per their close friend, “They are extremely serious about each other and Farhan’s kids have also warmed up to Shibani, so this looks like the most obvious step for the two.”

Earlier, in an interview, Shibani had said, “I don’t need to make an announcement about who I’m dating. It’s up to me to decide when and what I want to share about my personal life, and it is up to the audience to decide how they look at it. How much information I want to put out in the public domain is my prerogative.”