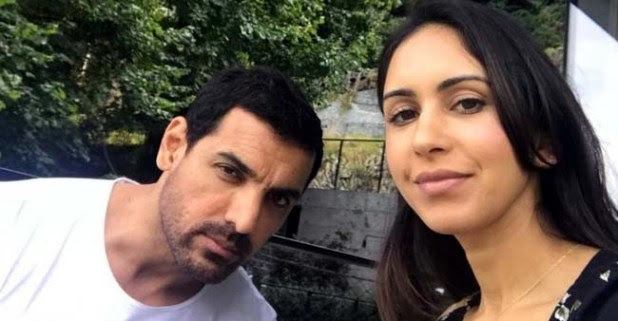 John Abraham, the popular actor from Bollywood recently shared something interesting about his wife Priya Runchal. He likes one of the best qualities in Priya Runchal while doing her work. He expressed the same with the media. Priya Runchal works as an investment banker. He tied a knot with Priya in the year 2014 without any Hungama. Since the wedding, the couple led completely a personal life from the prying eyes of social media.

In a recent interview with a newspaper, John Abraham disclosed his interests and disinterests about capturing pictures by the paparazzi. He spends the best time with his wife Priya every day. During the interview, John said, ‘This is the way I like it. She is a private person. She finished her course from a business school in London and was earlier in Los Angeles. She chooses to quietly do her work and I appreciate it.’

His wife plays a vital role in handling her businesses and chores at home as the best wife. She often loves to stay behind-the-scenes without interacting much with the media. She takes care of John’s football team, North East United FC in Guwahati. It is truly difficult for an individual to handle a team as it is just like managing two huge productions.

Speaking about the professional front, John is currently working for his next flick on the huge screen in Romeo Akbar Walter. The backdrop of the film is set in the year 1971. The makers have made this film after inspiring from the true events. In this film, John plays the role of a Research and Analysis Wing [RAW] agent. Robby Grewal directed Romeo Akbar Walter who had already directed the film Samay: When Time Strikes, MP3: Mera Pehla Pehla Pyaar and Aloo Chaat. This movie stars Mouni Roy, Suchitra Krishnamoorthi, Jackie Shroff and Sikander Kher in the major roles. This film is slated to release in the theatres on 5th April 2019.