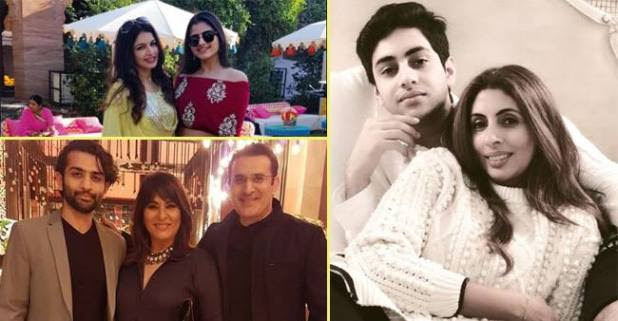 Star Kids’ always remain in the headlines for many obvious reasons. They have already gained a lot of popularity through social media platforms where they post their pictures and daily updates. Many are going to debut soon in Bollywood and a few are said to be but ain’t confirmed anything. Paparazzi played an important role in their stardom as they are the one who spotted them at various places with friends, family or alone. Well, why not, it’s their work anyways!

All grown up stars kids do grab limelight because of their parents and sometimes so even without their fault. But still, there are umpteen star kids who choose to remain out of any limelight and stay lowkey. But it’s media and we know most of it all.

Let’s take a look of a few names who are the kids of popular celebrities and still remained low key! Have a look at the pictures here:

Grandson of Amitabh Bachchan and a son to Shweta Nanda Bachchan choose to remain out of the limelight while his sister Navya Nanda is all up on the social media and is quite popular now.

Bhagyashree’s son Abhimanyu earlier made headlines that he will make his debut in Bollywood soon. It is not known by many that he is her son.

Again, actress Bhagyashree’s daughter Avantika is cool and adorable and a sister to Abhimanyu.

Well, he is Parmeet Sethi and Archana Puran Singh’s son and currently staying in New York.

Farhan Akhtar and his ex-wife Adhuna Bhabani’s daughters are all grown up and are funky and chilled out!

We owe this bombshell to Mithun Chakraborty who is learning the filmmaking course.

She is the daughter and sister of the most talented and versatile actor of Bollywood and they are Jackie Shroff aka Bhidu and Tiger Shroff. She is quite active on social media and she is all kind of hot if you check out her Instagram, you will know what we mean!

She is the daughter of Deepak Tijori who is a well-known actor of ’90s. She is also into filmmaking and had featured in a short film that failed to gain attention.

She is the first daughter of Boney Kapoor with his first wife and likes to stay low key unlike Khushi and Janhvi Kapoor.

She is the daughter of romantic and travel lover director Imtiaz Ali.

Sakshi is a boy and is Vinod Khanna’s son and Rahul and Akshaye’s brother.

He is David Dhawan’s son and Varun’s elder brother who became a father a month back.

He is Chunky Pandey’s nephew.

Javed Jaaferi’s daughter is super pretty and is all grown up.

She is Poonam Dhillon’s daughter.

She is a renowned filmmaker Anurag Kashyap’s daughter.

She is the daughter Sanjay Kapoor and Maheep Sandhu who is one of the most awaited star kid of Kapoor clan to make her debut in Bollywood.