Gillette’s new advertisement will teach you real lesson of feminism 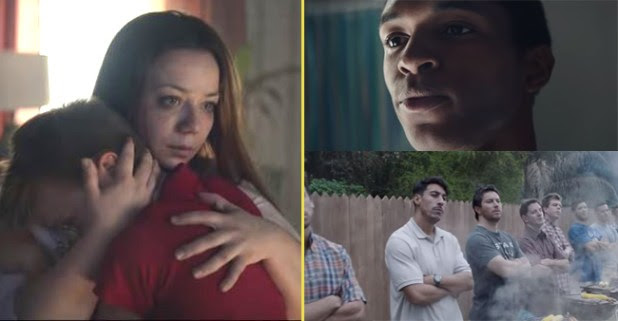 One of leading razor brand Gillette has come out with its new advertisement which is breaking the internet. The brand which sells the product for men is now putting great efforts to understand the meaning of feminism which is remarkably different. The stereotypes are now to be broken with their efforts.

Though it’s a marketing strategy, but the base of understanding the difference between female and feminism is clearly defined in the video. The brand which was started in 1901, with a tagline of  ‘The best a man can get’ was previously owned by Gillette and now the owner of the leading brands are Procter and Gamble.

The new ad. titled as ‘We Believe’, and displays about feminism and the speaker asks that ‘boys will be boys’ “Is this the best a man can get? Is it? We can’t hide from it. It has been going on far too long. We can’t laugh it off, making the same old excuses. But something finally changed. And there will be no going back. Because of we…We believe in the best in men. To say the right thing. To act the right way. Some already are, in ways big and small. But some is not enough. Because the boys watching today will be the men of tomorrow.”

Check out the video:

“Boys will be boys”? Isn’t it time we stopped excusing bad behavior? Re-think and take action by joining us at https://t.co/giHuGDEvlT. #TheBestMenCanBe pic.twitter.com/hhBL1XjFVo

Pankaj Bhalla, the director for North America, reverted to the criticism faced by the ad. and said, “This is an important conversation happening, and as a company that encourages men to be their best, we feel compelled to both addresses it and take action of our own. We are taking a realistic look at what’s happening today, and aiming to inspire change by acknowledging that the old saying ‘Boys Will Be Boys’ is not an excuse.”

#TheBestMenCanBe is always evolving, but shaping the men of tomorrow starts with actions we take today. Join us at https://t.co/giHuGDEvlT. pic.twitter.com/jHb1fRX5Yr

The effort made by the ad campaign is motivating to everyone from individuals to society and inspire us to bring a change in our mentality.