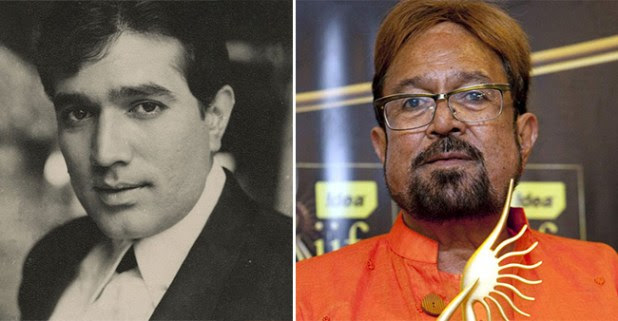 Rajesh Khanna was born on December 29 in 1942. He was a multi-talented actor. He contributed his efforts in almost 180 movies in which several of his roles were a clear hit. Today on actor’s birth anniversary, we have recollected some of his roles from the movies that created a benchmark in the Indian Cinema.

Let’s us know some of his best performances:

Rajesh Khanna’s Daag: A Poem of Love is a tale which also starred Sharmila Tagore who faces all kinds of obstacles and separations on their way to happy life. It showcases a classic triangle of a man caught between two women. The story revolves about two women who love a man in their own way. The characters in Daag were essentially good which created a lot of buzz in the Indian cinema.

In Yash Chopra’s Ittefaq Rajesh Khanna was paired up with Nanda. The movie was a semi-hit. The actor essayed the role of a painter who tried to end his wife’s life.

The movie released in 1980. It was directed by Shakti Samanta. Along with Rajesh Khanna, Asha Parekh was also seen in the main lead. Rajesh’s popularity reached on a great level with this movie. He received a lot of appreciation and his fan following also got huge with the release.

The movie starred Rajesh Khanna and Sharmila Tagore became a big hit on the box- office. Their chemistry achieved a lot of success and later they were paired together in a number of movies.

This movie is a classic Bollywood film directed by Hrishikesh Mukherjee in 1972. The film showcases the common family problems in a comic way where Rajesh Khanna essays the role of a cool which achieved a lot of appreciation from his fans.