Surveen Chawla Ecstatic Over Embracing Motherhood, Feels Blessed About It 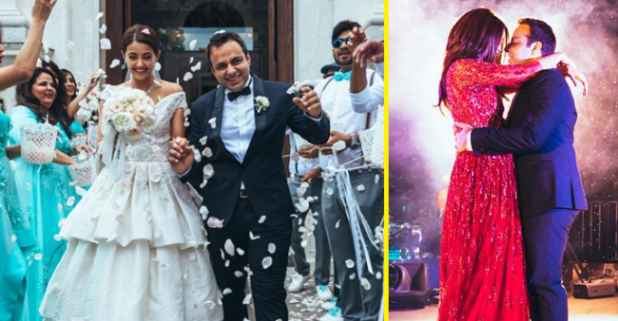 Surveen Chawla surprised everyone when last year she announced her wedding news with businessman Akshay Thakker. The actress declared about her wedding after two years. She got married to Akshay in July 2015 in Italy in a close-knit ceremony. The actress also shared a few pictures of her marriage on the social media which instantly went viral.

And now, after three years of marital bliss, the actress and her businessman hubby are expecting their first baby. Surveen herself revealed about this good news to a leading news daily. She quoted, “It’s a beautiful feeling and more so, as it has come completely unexpected for Akshay and me. Suddenly, life has become beautiful. I am looking forward to every step now. Of course, it’s unfamiliar territory, but the only one that comes with a guarantee of being wonderful. Akshay and I feel really blessed!”

She also posted a picture on Instagram and made an announcement.

Surveen’s baby is due in April and when she was asked if she is nervous to embrace motherhood, The diva said, “Honestly, initially, the fear of change engulfed me, but later, the beauty of it all started sinking in. Now, I feel like I am embarking on a new journey and adventure of sorts. I don’t know how many women will tell you the truth, but the reality is that motherhood is a slow, gradual process. Motherly instincts are not born out of nowhere. Motherhood, to me, is a feeling that grows on you, with the growing life inside you. I think just the fact that women are designed to grow a whole being inside them is a far more superior feeling.”

The would-be mother is loving every bit of this beautiful phase and the best part is to get pampered by the family. “The best part about pregnancy is that everyone around you puts you on a throne and makes you feel like a queen. I am loving it.”

Surveen was last seen in Sacred Games and finally concluding, she said, “Post April, I will experience what women who have been there, call ‘bliss’ or the ‘best feeling in the world’.”

Published by Harmisha Chauhan on 08 Nov 2018