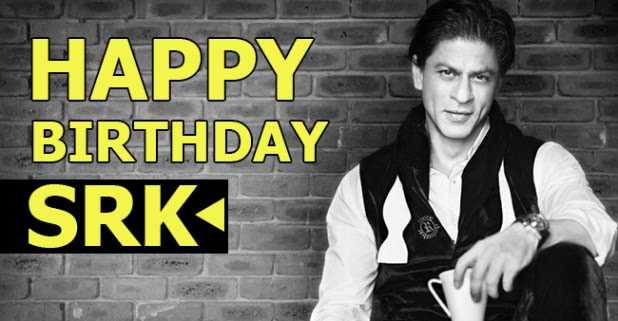 Today the superstar, Shah Rukh Khan has turned 53 years old. The countdown for his fans has begun to know about his birthday celebration plans. His birthday is one of the biggest events in Mumbai. Fans gather in a huge number outside SRK’s bungalow to visit him. Hence Shah Rukh attends them from his bungalow by waving his hands to all his fans.

Shah Rukh Khan is one of the richest as well as the most famous actor in the world. He has earned a lot of respect and admiration of hundreds of millions of fans. Fans go crazy just for a glimpse of him. Well, this birthday is going to be more special for the star as there will be a double celebration for him because the trailer of his upcoming movie Zero will also be released today.

Shah Rukh Khan often hosts his parties at his Alibaug farmhouse where he invites his close friends and family. The guest travel by yachts to reach the venue. There is a lot of buzz to know more information about today’s grand party. The star’s fan clubs also shared the glimpse of his villa, Mannat which was getting all lighten up for his special day. The snaps and videos are making rounds to the social media. In the pictures, Mannat is shining brightly during the dark evening.

On his 53rd birthday, you need to know some of the hidden and interesting facts about SRK

1. Initially when SRK was born his Nani named him Abdul Rehman. But, later his father changed his name to Shah Rukh which means king like face.

2. SRK’s parents left for the heavenly abode before he entered in the movies. Shah Rukh considers it is a big regret that they couldn’t see what their son was to become.

3. In 2007, his lifelike wax statue was installed in London’s Madame Wax Museum and further with his popularity his wax statues were also installed in various museums of Los Angels, Hong-Kong and New York.

4. Presently, his name comes under the top five richest actors in the world. With this, he is considered richer than many of the Hollywood stars.

5. This last one is the craziest, as Shah Rukh has a habit of sleeping in well-ironed pyjama. On asking about the same, he naughtily says, he believes that you don’t know that whom will you encounter in your dreams, so you must always be properly dressed.

Speaking about the last year, the actor celebrated his birthday at his farmhouse in Alibaug. Several biggies including Alia Bhatt, Karan Johar, Deepika Padukone, Katrina Kaif and many other celebrities.

Meanwhile, Zero is directed by Anand L. Rai. With Shah Rukh Khan the movie also features Anushka Sharma and Katrina Kaif. The movie is slated to hit the screens on December 21.

Here’s wishing the superstar of Bollywood and the heartthrob of the nation Shah Rukh Khan a very Happy Birthday.