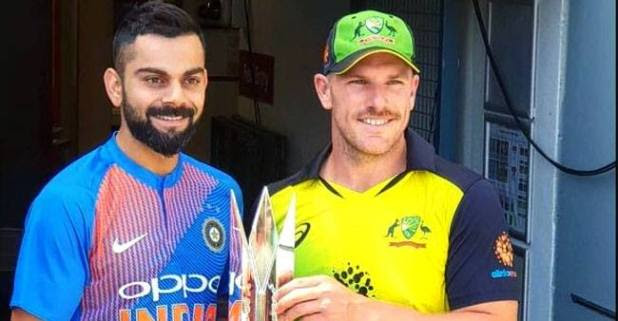 India vs Australia, the match ended with Australia’s win by 4 runs. Straight from The Gabba, Brisbane, we are here to talk all about the match, including India’s ups and downs.

The very first match of the series got started with full determination and gusto inside the players of both the team. India won the tossing section and opted for bowling against Australia in Gabba, but the match binds up in 17 overs due to rain, where Australia managed to make 158/4, the huge contribution was given to Glenn Maxwell and Adam Zampa. Whereas Shikhar Dhawan made 76 runs in just 42 balls played well from India’s side.

It’s pouring here at The Gabba. We will get back with an update soon #TeamIndia #AUSvIND pic.twitter.com/nmNkWYJjX2

Adam Zampa, Man of the Match, said,  “Stoked. Really good feeling. Virat being the player he is, just thought he was a big wicket at the time. Getting him out, I was really excited. Never trust Carey with his decisions behind the stumps, with his DRS decisions. He got this one right.”

Close one, but Australia got the better of it! Nevertheless, a great innings by @SDhawan25! 1-0 to Australia. #AUSvIND

While Australian captain Aaron Finch: Thought the boys played really well, especially in the middle overs with the bat. Showed a lot of courage to take it on. Some of our bowling was outstanding under pressure. Never been my strong point at school (maths). Just stuffed it up out there. He’s been practicing a lot (Stoinis). It’s one strength he wants to add to his bowling. Going with three frontline quicks, and one all-rounder in Stoinis, he is the one we wanted to do that job at the end. And he did it beautifully.

India strong favourites says @harbhajan_singh on @aajtak ! Wants @RishabPant777 to translate his potential into winning games with the bat #INDvsAUS

At the end Virat Kohli, India captain said: Lot of Indians came in to support us which is always the case anywhere we play. It was a close game, exciting one for the crowd to watch and for the players as well. Was a see-saw battle. Started well with the bat, fumbled in the middle overs, in the end, we thought we’ll win with Pant and Karthik but it changed again with Pant’s dismissal. He’s a very strong player at the top of the order. Hasn’t got a T20 hundred yet, but the way he plays it really benefits the team. That’s how it goes in the game. What we can do is learn from them and get back better. On the day, if we can have three-four guys to stand up for the team, that’s what we want. Don’t have much time to think of things, which can be a good thing as well as a bad thing.

Stay tuned for all scoops about the cricket world.