Kedarnath Is A Love Story Struggling Around The Wrath Of Nature; Teaser Out Now 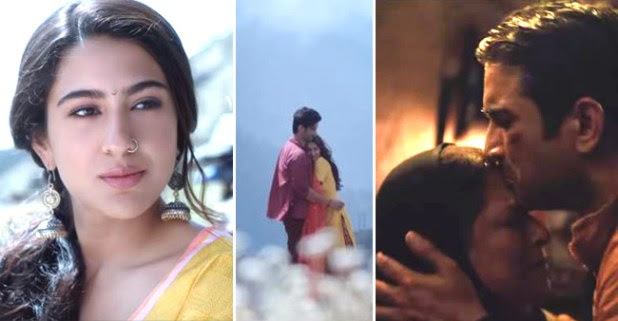 Abhishek Kapoor directorial, Kedarnath is making headlines since its inception and finally, the first look and the teaser of this movie have been released today. Saif Ali Khan and Amrita Singh’s daughter Sara Ali Khan will be debuting in Bollywood alongside Sushant Singh Rajput in lead roles. Kedarnath movie is based on the Uttrakhand floods in 2013.

The movie has been shot along a 14-km pilgrimage from Gauri Kund to Kedarnath which will revolve around Sushant and Sara’s characters Mansoor and Mukku. Kedarnath is a love story of a couple which is witnessed by the backdrop of Uttrakhand. In the official trailer, Sara and Sushant can be seen struggling around nature’s tragedy.

Have a look at the teaser:

A while back, the lead actress shared the first look of the picture on her Instagram handle with a heartfelt note which reads, “No tragedy, no wrath of nature, no act of God can defeat the power of love! Presenting the official #KedarnathPoster‬.”

Earlier, Kedarnath was about to mark the debut of Sara Ali Khan but later amid the controversies related to the release dates, it got canceled. Finally, the makers have announced the release dates which is December 7. Meanwhile, Sara will make her debut with Rohit Shetty’s Simmba alongside Ranveer Singh.

Well, if the teaser left you all amazed and excited and you wanted to see more here are some behind-the-scenes moments which have been shared by the cast and crew of Kedarnath on Instagram. Have a look:

Stay tuned for such more updates related to Kedarnath!