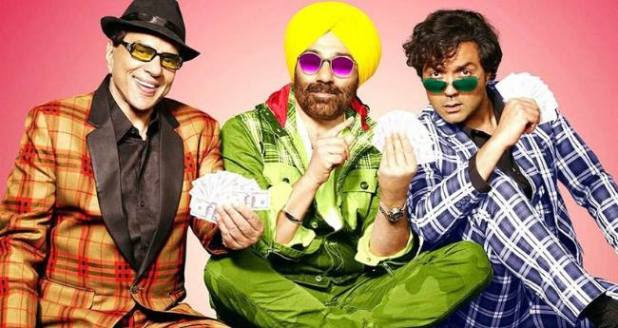 Friday is here and another movie’s fate is in the hands of the public. Today, Yamla Pagla Deewana Phir Se has been released which stars the Deol family’s Dharmendra, Sunny, and Bobby alongside veteran stars Shatrughan Sinha, Rekha, and Asrani Nanu in cameo roles. The movie also stars Kriti Kharbanda, Binnu Dhillon, and Satish Kaushik. Before booking the ticket for this weekend, here’s the review of the Yamla Pagla Deewana Phir Se (YPDPS) for you.

The third installment of the film Yamla Pagla Deewana, this movie is the story of two brothers Pooran (Sunny Deol) and Kaala (Bobby Deol) who use the ‘Vajrakavach’ with various intentions and one of them is becoming rich. Parmar (Dharmendra), an erstwhile Casanova who is also a sharp and intelligent lawyer of repute, is the paying guest in the brothers’ house. He is a thorn in Kaala’s side. Enter Chikoo (Kriti Kharbanda), an ENT doctor in Surat who is so partial to alcohol that one wonders if she is really capable of surgery. Chikoo arrives in Amritsar to learn about the ancient practice of Ayurveda. Kaala falls in love with her instantly. They bond as they share a bottle of alcohol which is so obvious in YPD. She returns home and Kaala is heartbroken. After which a court drama happened for which Singhs came together and rent a flat next to Chikoo.

Obviously, the story came with a moral or message that traditional medicines made in India are far superior to Allopathy.

In short, if you wish to watch YPD again then this is almost the same with a new storyline. Bobby is being dominant in the whole movie as he has the most of the time on screen as compare to Dharmendra and Sunny. Violent Sunny aka Puran will give you the old vibes of funny Sunny Deol.

If you remove the extra long scenes from YPD3, you would be left with a 90-minute film which will be as heavy as piles of coats over you to spend in the theatre.

This movie shares the release date with Rajkummar Rao and Shraddha Kapoor’s Stree which according to the critics is doing well at the box office but the Friday will remain the unpredictable and you never know which movie will hit the BO collections.