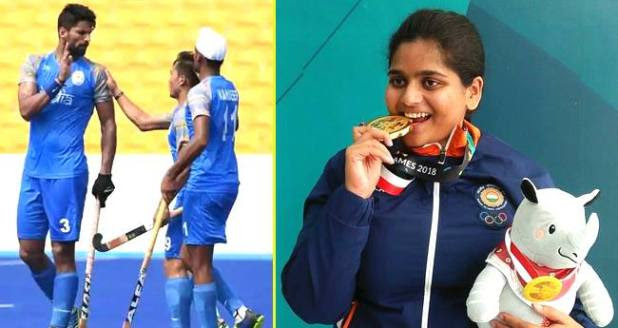 India is shining bright on Day 4 at Asian Games. Rahi Sarnobat has given first medal to India on Day 4. She won the women’s 25-Metre Pistol event after a tense double-shootoff. Rahi made sure to make Indian Flag fly high after Manu Bhaker failed to Deliver in the finals and was eliminated early. This is the fourth gold to India after wrestlers Bajrang Punia and Vinesh Phogat, and 16-year-old Saurabh Chaudhary, who won the 10-Metre Air Pistol event on Day 3. Breaking the 86 year old record, this is their highest win ever with the previous record being 24-1 against the USA.

In Tennis Men’s Double, Rohan Bopanna-Divij Sharan have entered the semifinals. The duo won 6-3, 5-7, 10-1 against Chinese Taipei’s Yang Tsung-Hua and Hsieh Chengpeng in the quarterfinal

Have a look at the Asian Games Medal Tally:

2- China is currently on top of the chart with a whopping 75 medals in 4 days which includes 35 Gold, 27 silver, and 13 bronze medals.