Yeh Rishte Hain Pyaar Ke: Find Out the Reason Due to which Shaheer Sheikh aka Abir is upset with Mishti 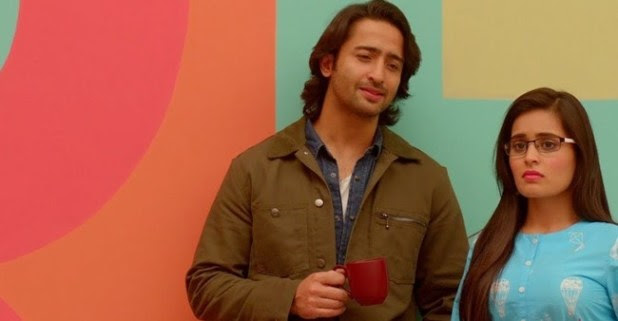 Racing to the top of TRP charts and in the heart of daily soap fans, the show Yeh Rishte Hain Pyaar Ke is proving to be a big success. Due to its interesting storyline and of, the stunning cast, the show is more and more fans are getting hooked to it.

In the latest episodes, viewers are shown that Kunal and Kuhu get kidnapped by Sapan and when Shaheer Sheikh aka Abir leaves to save them, Mishti insists on coming along but Abir asks her to promise him to not leave the classroom. Later, when Mishti gets a call from Kuhu’s mother, she gets worried and decides to leave to save Kunal and Kuhu.

On the other hand, we are shown that Abir also gets kidnapped and just when Abir is about to sign the papers, Mishti comes and tries to untie Kunal and Kuhu’s hands but Kuhu gets scared and starts to shout and that is when the kidnappers catch Mishti and the moment Mishti is caught, Abir decides to sign the papers but Mishti requests him to not do so.

On the other hand, Sapan gets hold of a pistol and tries to shoot but Mishti fights with him to snatch the pistol from him and that is when Ronit Roy shoots Sapan. In all this, Mishti also gets hurt as for a moment, Abir feels that Mishti gets shot from the pistol. After they leave, Abir avoids Mishti and doesn’t talk to her and when Mishti asks him, he tells her that she broke his promise and left the classroom. Mishti apologies to Abir but he is very angry and says that he cannot forget what she did.

The rest of the story will get revealed today, where Mishti tries to make up with Abir but it won’t be easy.