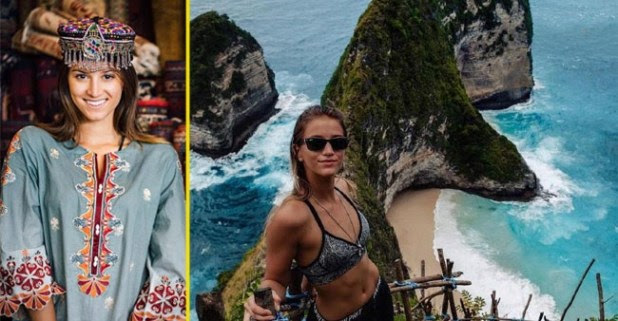 A 21-year old woman from America became the youngest person to visit different countries across the world. Here is the woman namely Lexie Alford who traveled every country on the earth. After visiting North Korea, she has surpassed the Guinness World Record of the current 24-year old James Asquith. Till now, she has visited a total of 19 6 sovereign nations. In recent times i.e., on 31st May, she visited North Korea.

The parents of Lexie have their own travel agency and that’s the reason for her to have immense love towards traveling. She once said, ‘My parents placed a lot of importance on exposing me to every way of life around the world and that had a very profound impact on the person I am today. I’ve always had a curiosity about other people’s ways of life and how they find happiness.’

After visiting every country, she adds a post describing her experience in that country. She has created a record by visiting different countries and took part in several adventures in her life. She even mentioned that her major agenda is not to break any sort of record. But, when she realized that people have started noticing her, she didn’t want to back out.

She then said, ‘It wasn’t until things started getting really challenging that I realized I was inspiring people around me, especially young women. Feeling that support meant that I couldn’t give up when things got tough. I was determined to show everyone that the world isn’t as scary as the media portrays it to be and that there’s kindness everywhere.’

After finishing her 12th grade, she got an idea of breaking the record of traveling to different countries across the world. In the month of October 2016, she thought about breaking the world record in California. She finished her graduation from high school two years early and received an associate’s degree from a local college. During her journey across different countries, she did immense photography and blogging. She even co-hosted a travel show which streams very soon.