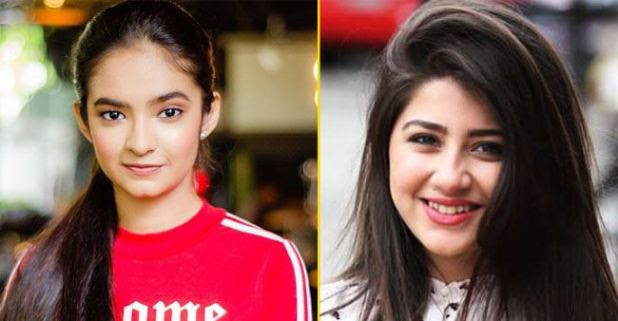 Earning money isn’t easy. People work hard for the entire day but don’t earn according to their talent. But, there are a few professions which give them handsome amounts and one such profession is entertainment world. Television actors earn a lot money but it is not limited to the adult actor. Even child artists make a lot of money. But, there work leaves no scope to spend their time with family and it becomes more difficult for child actors as they have to manage both their studies and acting. In spite of that, they enjoy this life.

So, today let’s talk about the salary of TV actors who are not even 20 years old:

Beautiful actress of TV world who is currently seen in The Aladdin: Naam Toh Suna Hoga is quite popular on social media too. The actress earns above 30,000 per episode and her Tik Tok videos are very popular.

The actress is seen in Mariam Khan: Reporting Live. She makes around 30,000- 35,000 per episode and is a perfect example of rags to riches story. She has worked in a few serials till now.

Ashnoor has been working in the TV world since childhood and earns between 40,000 – 45,000 per episode. She also made headlines recently for scoring a stupendous 93% in her 10th standard.

The actress is playing the role of young Jhansi Ki Rani the show. The actress earns 48,000 per episode. She was also appeared in Balveer as Meher and bagged popularity.

She replaced the actress who played the role of Sonu in Taarak Mehta Ka Ooltah Chashma and earned 10,000 per episode. However, she has quitted the show.

Famous Ruhi Bhalla of Star Plus serial, Yeh Hai Mohabbatein earns 50,00 per episode and is one of the highest paid teenagers of TV world. She has been appearing on television since childhood and have worked in many shows.