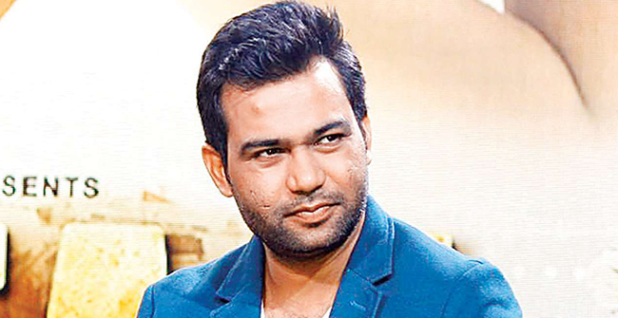 Director Ali Abbas Zafar, who is currently on cloud nine after the huge success of his newest release Bharat, said that he values storytelling and will carry on fabricating “out and out masala entertainers”.

In a special statement, Ali Abbas stated, “It’s humbling to get so much love from audiences. When I set out to make a film, I don’t think about records. That’s never my approach. It could be a hugely limiting, pressurising proposition for any film-maker, especially me because I value storytelling. I always set out to tell a story and thankfully, audiences have loved the way I’m telling my stories.”

He added up that the gratitude of viewers have allowed him to tell honest and enjoyable tales that the whole country could go to the movie halls and love and call it ‘paisa vasool’.”

“As a filmmaker, my intent towards my industry has always been to contribute towards delivering quality entertainment as well as business.”

Zafar, who has beforehand directed mega hits such as Tiger Zinda Hai and Sultan, said that he will carry on making big scale, expressive movies.

“The industry is making fewer true blue Hindi cinema and I intend to continue making these big scale, emotional spectacles because these are the movies (for which) the entire nation go(es) to the theatres to celebrate. The success of my films bolsters my belief in making cinema that is accessible, that is hugely entertaining and that has its heart at the right place,” he stated.

He stated that for him films are a medium, which transports people from their truths and they must experience all the sentiments and relish them to the hilt.

“I will continue making these out and out masala entertainers because that’s why I like to do best,” he added.